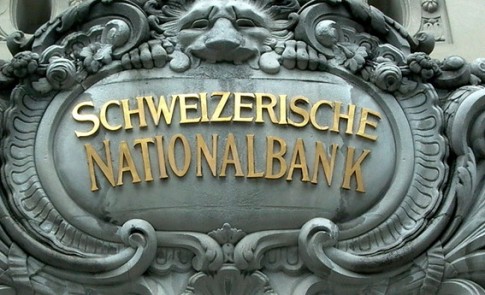 “I’ll let all the experts decide that when it’s released. This president wants everything out so the American people can make up their own minds…”

VATICAN CITY (AP) — Just how well informed is Pope Francis about the goings-on in his 1.2-billion strong Catholic Church? That question is making the rounds after the pope seemed completely unaware of the details of a Chilean sex abuse scandal, a failing that soured his recent trip there and forced him to do an about-face. It also came up after his abrupt, no-explanation dismissal of a respected Vatican bank manager.

A former immunology expert and laboratory director at the University of Pittsburgh alleges she was fired after blowing the whistle on safety violations at the university, including an incident when a laboratory monkey infected with a “select agent” escaped its cage, the Penn Record reported.

According to the Record, court documents show former university immunology professor and Regional Biocontainment Laboratory associate director Kelly Stefano Cole filed a lawsuit accusing university personnel of violating the Pennsylvania Whistleblower Law by terminating her after she reported the escaped lab monkey to them:

Cole’s suit says she questioned the university’s Biological Safety Officer, Dr Molly Stitt-Fischer, about the incident and its outcome. Stitt-Fischer told Cole the event was not a safety violation, but an “accident,” the suit says. As it was deemed such, [the person allegedly responsible for the accident] would not lose her access to the facility, the suit says.

As Stitt-Fischer’s account differed from what the student initially told her, Cole took it upon herself to review the university’s report of the incident and found what she called a “notable error” in the report – namely, that the infected laboratory monkey had only escaped its cage for a short time, when it had actually escaped for several hours, the suit says.

Cole alleges she was told not to report the incident to federal authorities, and that she later learned a second incident involving a laboratory rabbit yet again infected with a “select agent” had similarly gone unreported. According to the Record, she also says the university subsequently began hitting her with minor infractions of rules such as “improper sign-in procedures for the laboratories, improper laboratory attire and a paperwork discrepancy connected to various shipments of vials,” violations her colleagues were allegedly equally guilty of but not disciplined for, until she was eventually fired.

After the coming financial /economic collapse there will be all-out civil war in Europe.

WARSAW, Poland (AP) — The United States asked Poland to rethink plans to enact proposed legislation regulating Holocaust speech that has sparked a diplomatic dispute with Israel, arguing Wednesday that if it passes it could hurt freedom of speech as well as strategic relationships.

U.S. State Department spokeswoman Neather Nauert voiced her government’s concerns as the Polish Senate was preparing to approve the bill, a step that would put it closer to becoming law. The measure would next need to be signed into law by the president, who supports it.