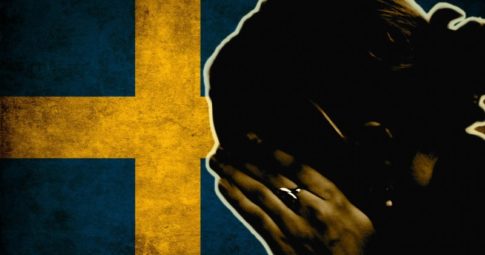 A feminist mother in Sweden refused to report an Afghan refugee who was living in her house to authorities after he sexually abused her 12-year-old daughter.

The 45-year-old woman was working at a refugee center in Sölvesborg when she began having a sexual relationship with the refugee, who claimed to be 18-years-old.

When the migrant became an official refugee, he had to leave the center and so the woman allowed him to move into her family home.

Within a short period of time, the migrant began sexually abusing the woman’s 12-year-old daughter, kissing and hugging her before one incident in September 2017 when the Afghan put his hands inside the girl’s underwear and groped her vagina.

After the daughter told her mother what had happened, the 45-year-old refused to report the incident to authorities or even to ask the Afghan to leave the home, prompting the daughter to tell her father who then contacted the police.

During the subsequent trial, the woman explained that she did not take action against the refugee because she was “afraid that [he] would be sent back to Afghanistan.”

“I thought so much about him so he could stay with me,” she added.

The mother also told the victim’s older sisters not to reveal what had happened. Facebook posts were later uncovered showing that even months after the sexual assault on her daughter, the mother described the Afghan as “wonderful” and was attempting to help him find a new home

She was also reportedly a vehement supporter of the #MeToo movement against the sexual assault of women, but not presumably if those women are sexually assaulted by migrants.

The Afghan received just 100 hours of community service for the assault and will not be deported.

Although the refugee claimed to be 18 at the time of assault, the problem of migrants lying about their age to avoid harsher prison sentences has become notorious.

An investigation by Sweden’s national forensic medicine agency found that three quarters of migrants claiming to be children were actually adults.