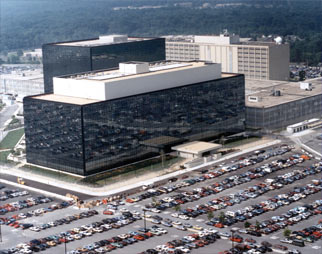 – NSA “Sincerely Regrets” Deleting All Bush-Era Surveillance Data It Was Ordered To Preserve:

There is a growing consensus among many observers in Washington that the national security agencies have become completely politicized over the past seventeen years and are now pursuing selfish agendas that actually endanger what remains of American democracy.

As Philip Giraldi notes, up until recently it has been habitual to refer to such activity as the Deep State, which is perhaps equivalent to the Establishment in that it includes financial services, the media, major foundations and constituencies, as well as lobbying groups, but we are now witnessing an evolutionary process in which the national security regime is exercising power independently.

Nowhere is that “independence” of the ‘state within a state’ more evident than in the blatant and egregious news this week that The National Security Agency destroyed surveillance data it pledged to preserve in connection with pending lawsuits and apparently never took some of the steps it told a federal court it had taken to make sure the information wasn’t destroyed, according to recent court filings.

As Politico reports, the agency tells a federal judge that it is investigating and “sincerely regrets its failure.”

Since 2007, the NSA has been under court orders to preserve data about certain of its surveillance efforts that came under legal attack following disclosures that President George W. Bush ordered warrantless wiretapping of international communications after the 2001 terrorist attacks on the U.S. In addition, the agency has made a series of representations in court over the years about how it is complying with its duties.

However, the NSA told U.S. District Court Judge Jeffrey White in a filing on Thursday night and another little-noticed submission last year that the agency did not preserve the content of internet communications intercepted between 2001 and 2007 under the program Bush ordered. To make matters worse, backup tapes that might have mitigated the failure were erased in 2009, 2011 and 2016, the NSA said.

“The NSA sincerely regrets its failure to prevent the deletion of this data,” NSA’s deputy director of capabilities, identified publicly as “Elizabeth B.,” wrote in a declaration filed in October.

“NSA senior management is fully aware of this failure, and the Agency is committed to taking swift action to respond to the loss of this data.”

Defiance of a court order can result in civil or criminal contempt charges, as well as sanctions against the party responsible. So far, no one involved appears to have asked White to impose any punishment or sanction on the NSA over the newly disclosed episodes, although the details of what happened are still emerging.

“It’s really disappointing,” said David Greene, an attorney with the Electronic Frontier Foundation, which has been leading the prolonged litigation over the program in federal court in San Francisco.

“The obligation’s been in place for a really long time now. … We had a major dust-up about it just a few years ago. This is definitely something that should’ve been found sooner.”

Word of the NSA’s foul-up is emerging just as Congress has extended for six years the legal authority the agency uses for much of its surveillance work conducted through U.S. internet providers and tech firms.

Antiwar activist Justin Raimondo believes that something like a civil war is coming, with the war party Establishment fighting to defend its privileged global order while many other Americans seek a return to normal nationhood with all that implies.

If true, the next few years will see a major internal conflict that will determine what kind of country the United States will be.