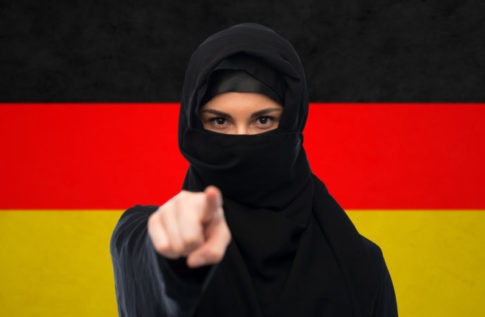 – German study: Almost one in three Muslim students ‘would fight and die for Islam’:

29.9 per cent of Muslim students in the German state of Lower Saxony imagine fighting and risking their lives for Islam. Also 27.4 per cent of them say that Sharia law is much better in punishing an affair or homosexuality than German law.

The creation of an Islamic State by waging a war is considered rightful by 8 per cent. Almost half of that group say it is ok to achieve that goal by terrorism. Almost one fifth (18.6 per cent) agree with the statement: “It is the plight of Muslims to battle non-believers and to spread Islam all over the world.”

Christian Pfeiffer researches the relationship between immigration and violence since 1998. The publication of the results of his 2015 study is worrying for Germany, as the country has a large Muslim population and accepted more than a million mostly Muslim migrants in the last two years.

A spokesman of the ministry of culture and education says “prevention is important in Lower Saxony. We are battling radicalisation at school at an early age.”