And it took 38 minutes to correct that ‘mistake’? 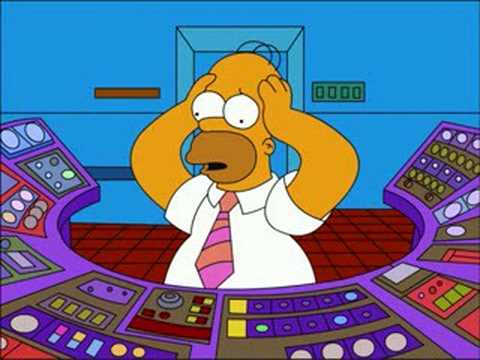 – How One Employee “Pushed The Wrong Button” And Unleashed Doomsday Panic Across Hawaii:

Shortly before panicked Hawaiians stuffed children into storm drains and said their goodbyes on the morning of January 13, an unnamed employee at the Hawaii Emergency Management Agency (H-EMA) accidentally selected the wrong dropdown menu choice, resulting in a live broadcast to the cell phones of Hawaii residents and tourists which read “BALLISTIC MISSILE THREAT INBOUND TO HAWAII. SEEK IMMEDIATE SHELTER. THIS IS NOT A DRILL,” according to officials.

Here is what happened, according to the Washington Post:

Around 8:05 a.m., the Hawaii emergency employee initiated the internal test, according to a timeline released by the state. From a drop-down menu on a computer program, he saw two options: “Test missile alert” and “Missile alert.” He was supposed to choose the former; as much of the world now knows, he chose the latter, an initiation of a real-life missile alert.

At 8:07, the alert went out, with a more detailed message scrolling across television screens, reading:

“Civil authority has issued A CIVIL DANGER WARNING for the following counties or areas: Hawaii: At 8:07 AM on Jan 13, 2018… Message from IPAWSCAP. The U.S. Pacific Command has detected a missile threat to Hawaii. A missile may impact on land or sea within minutes. THIS IS NOT A DRILL. If you are indoors, stay indoors. If you are outdoors, seek immediate shelter in a building. Remain indoors well away from windows. If you are driving, pull safely to the side of the road and seek shelter in a building or lay on the floor.”

Of note, US PACOM was not involved whatsoever.

38 minutes later, a wireless alert went out letting people know “There is no missile threat or danger to the State of Hawaii. Repeat. False Alarm.”

By then it was too late: the fake warning had ignited mass panic among residents – many of whom thought they had minutes to live. One resident had a little girl get into a manhole during the threat.

The botched missile alert sent panic throughout the islands. One family took shelter in a street manhole.

Authorities were apologetic, with Governor David Ige (D) apologizing for the “pain and confusion” caused by accidentally telling millions of people death was imminent, saying in a press conference “a mistake made during a standard procedure at the changeover of a shift and an employee pushed the wrong button.”

“We made a mistake,” officials said after a missile alert that caused panic in Hawaii.

The following day, there were far more questions than answers. Brand new FCC Chairman Ajit Pai said the alert was “absolutely unacceptable,” and that a full investigation was underway. Pai seemed to initially lay blame at state officials for the mistake.

“Based on the information we have collected so far, it appears that the government of Hawaii did not have reasonable safeguards or process controls in place to prevent the transmission of a false alert,” said Pai, adding “Federal, state, and local officials throughout the country need to work together to identify any vulnerabilities to false alerts and do what’s necessary to fix them. We also must ensure that corrections are issued immediately in the event that a false alert does go out.”

“We had to double back and work with FEMA [to craft and approve the false alarm alert] and that’s what took time,” said HEMA spokesman Richard Rapoza.

Rapoza says that has now been remedied with a cancellation option that can be selected within seconds of a mistake. “In the past there was no cancellation button. There was no false alarm button at all,” Rapoza said. “Now there is a command to issue a message immediately that goes over on the same system saying ‘It’s a false alarm. Please disregard.’ as soon as the mistake is identified.”

The Emergency Management Agency also said it suspended all drills until the completion of their investigation, as well as a “two-person activation/verification rule” to initiate tests and missile launch notifications.

According to the Washington Post, “The agency said it would issue a preliminary report of findings and corrective actions next week. The employee in question has been temporarily reassigned, Rapoza said, but there are no plans to fire him.

“Part of the problem was it was too easy — for anyone — to make such a big mistake,” Rapoza said. “We have to make sure that we’re not looking for retribution, but we should be fixing the problems in the system. . . . I know that it’s a very, very difficult situation for him.”

Poor guy. Doesn’t he know he accidentally wiped a perfectly good Uranium One related indictment off the headlines? Oops!