Then just two days ago, we also revealed the US trail in “US And Israel Reach “Secret Plan” To Counter Iran“, in which we reported that one month after we reported  that Israel would take the unprecedented step of sharing intelligence with Saudi Arabia as the two countries ramped up efforts to curb what they perceive as “Iranian expansion” in the region, on Thursday Israel’s Channel 10 reported that Israel has also pivoted to the US and reached a similar plan to counter Iranian activity in the Middle East. As Axios added, U.S. and Israeli officials said the joint understandings were reached in “a secret meeting” between senior Israeli and U.S. delegations at the White House on December 12th. 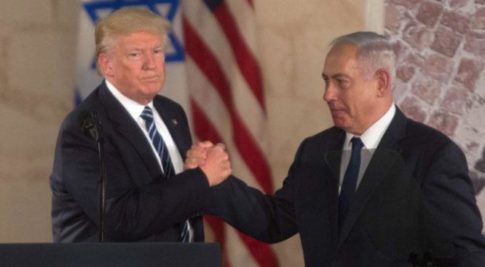 It is unclear as of this moment if a “CIA and Israel funded, spontaneous anti-government mass protest uprising” was among the understandings reached.

2 thoughts on “Iran Cuts Off Internet Amid Mass Protests, Calls For “Armed Uprising””