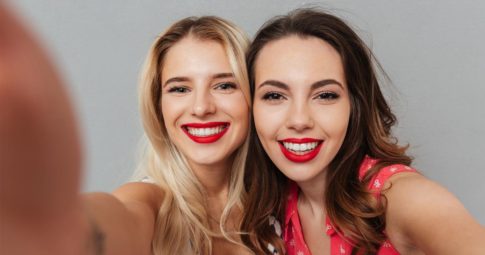 A group of feminist professors recently discovered that Instagram selfies taken by women in college can reinforce “traditional gender roles.”

In a study led by Mardi Schmeichel, a University of Georgia (UGA) professor specializing in “feminist theory,” a team of professors analyzed 233 selfies that were posted in 2013 within 24 hours of the first UGA football home game of the semester.

Schmeichel and her team analyzed these selfies to see if they represented “the idealized symbol of the southern lady,” which they note is an aesthetic trope that “has had significant and enduring consequences on notions of femininity in the South.”

This symbol of the southern lady, they argue, is typified by students’ formal wear, soft and flowy dresses, a significant amount of jewelry, and clothes that emphasize “feminine curves without revealing what might be considered ‘too much’ skin.”

After analyzing selfies posted in the time surrounding the first 2013 UGA home game, Schmeichel found that 25 percent of women who posted photos embody this harmful aesthetic.

“The clothing, makeup, posing and editing used in the southern lady images work together to achieve a hyperfeminine gender performance that differs significantly from the images of women in the other selfies,” Schmeichel laments.

She also notes that students’ embodiment of femininity can be troubling.

“The celebration of traditional femininity has been is [sic] a vexing concern for some feminists, who have interpreted it as a rolling back of hard-won progress to eliminate women’s association with these rigidly gendered and often marginalized subject positions.”

“If we are committed to destabilizing gender binaries and working toward a world in which bodies, and images of them, are not traded as capital, then there must be some attention paid to ways in which women’s [Instagram] practices and behaviors can get in the way of these goals,” Schmeichel concludes.

Campus Reform reached out to Schmeichel and her team for comme