Reader “kevin a” has recommended Ripple several times before, when it was much cheaper than today. 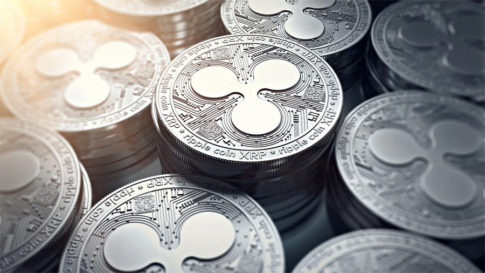 he price of the world’s fourth largest digital currency ripple has passed the one-dollar milestone for the first time. Ripple’s XRP token has risen 160 times in value in 2017.

Ripple was trading at $1.10 as of 14:34 GMT on Thursday with a market cap of $42 billion, according to data from CoinMarketCap. The cryptocurrency was worth just over 0.006 cents in January.

The rally in the relatively cheap virtual currency followed several months of sideways trading. Ripple started its upward move a week ago on positive news for the banking-oriented cryptocurrency. The surge was also triggered by a general increase in prices among rival altcoins with investors searching to move funds away from an overstretched and declining bitcoin.

Rumors that ripple may appear on Coinbase in 2018 reportedly fueled the price rise with the currency expected to cost a few dollars or more next year if widely used as a digital asset. 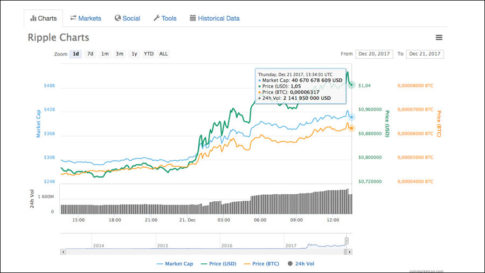 Moreover, financial institutions such as Standard Chartered and Axis Bank announced a new cross-border payment platform built on top of technology developed by ripple. The platform connects corporates in Singapore and India.

Ripple was started in 2012 in California and is currently listed on 30 exchanges. The digital currency is closely connected to the banking world, as it was initially designed as a worldwide payment and transmission system. Ripple, the company behind the cryptocurrency, has licensed its blockchain technology to over 100 banks as of October.