Martin Armstrong, where have you been??? 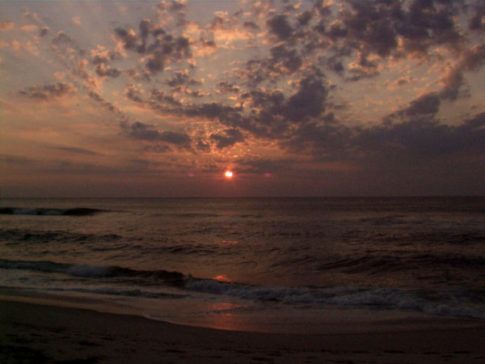 – The Sun Is Cooling Faster Than Anyone Suspected:

The danger from the Global Warming crowd is that they are misleading the entire world and preventing us from what is dangerously unfolding that sparks the rapid decline in civilization – GLOBAL COOLING. I previously warned that this is not my opinion, but simply our computer. If it were really conscious it would be running to store to buy heating pads. This year will be much colder for Europe than the last three. It will also be cold in the USA. We are in a global cooling period and all the data we have in our computer system warns that the earth is turning cold not warm.

This cooling is very serious. This decline in the energy output of the sun will manifest in a commodity boom in agriculture as shortages send food prices higher. We will see famine begin to rise as crops fail and that will inspire disease and plagues. We will see the first peak in agricultural prices come probably around 2024 after the lows are established on this cycle. We have been warning that this rise would begin AFTER 2017.

Previously, I have reported that NASA confirmed we are going into a cooling period – not warming. They have put out a forecast of declining sunspot activity. Now NASA has come out confirming what our computer has been forecasting. They have reported that as the sun is experiencing a rapid decline in sunspots, it is also dimming in brightness or energy output. NASA’s Spaceweather station has recorded during 2017, 96 days (27%) of observing the sun have been completely absent of sunspots.

I have also previously warned that there is a 300-year cycle to this entire phenomenon. This cycle has aligned with the major turning point of the Economic Confidence Model 2015.75. During 2015, there were ZERO days observed without sunspots. The following year, 2016, came in with 9% of the days recorded without any sunspot activity. This jump to 27% here in 2017 is a substantial jump from 2015 that we cannot afford to ignore.

NASA launched a new sensor which is the International Space Station named TSIS-1. Its mission is to actually measure the dimming of the sun’s irradiance. It will replace the aging SORCE spacecraft and NASA has confirmed our computer forecast that the number of sunspots in this cycle will fall rapidly as it plunges into a date with its 11-year cycle minimum. 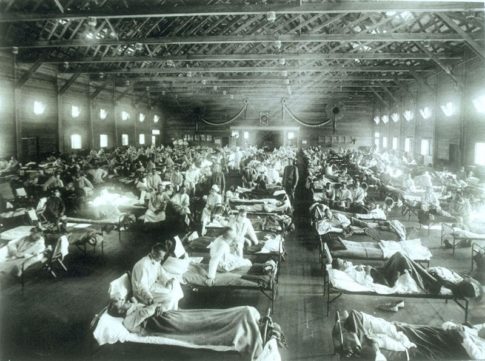 There was a sharp climate drop in 1916 creating a spike low in temperature. This 1916 spike low in our climate coincided with war and made this a devastating war aside from the poison gas. This was then combined with terrible influenza or flu pandemic of 1918 to 1919, which was the deadliest in modern history. This pandemic infected an estimated 500 million people worldwide or about one-third of the entire planet’s population. It killed an estimated 20 to 50 million victims.

This pandemic began in the spring of 1917 and some sources point to troops in France as being the center of the pandemic. A significant precursor virus, harbored in birds, mutated to pigs that were kept near the front. Others place it with troops in Austria. Nevertheless, influenza ran from mid-1917, became noticeable by January 1918, and continued into December 1920. The unusually deadly influenza pandemic shortened the overall life expectancy by 12 years. This influenza killed the strong rather than the weak since it thrived on the overreaction of the body’s immune system. The strong immune reactions of young adults fed the virus, whereas the weaker immune systems of children and middle-aged adults resulted in fewer deaths, which was very unusual.

Across the entire electromagnetic spectrum, the sun’s output is declining. I personally hate cold. So this is not a forecast I want to see happen. Nevertheless, our computer has correlated this cooling trend with disease and it appears that famine also plays a role in this entire event. Additionally, a simple correlation with the energy output of the sun reveals that all major earthquakes occurred during strong solar minimums, which we are head smack into.