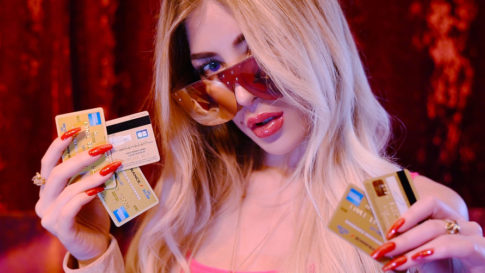 Want to serve me financially, but can’t afford exorbitant tributes?https://t.co/AzzqyT1YAq

…clients — many of whom never meet her in person — derive sexual pleasure from giving her gifts and money. Exchanges of money can range from several dollars in “tributes,” as they are called, to gifts of more than six figures. Some clients even become a “human ATM,” meaning they give her complete control over a bank account.

“It’s a form of psychological domination where money is the tool for the transfer of power,” says Theodora, adding “It’s quite common for powerful men like politicians or CEOs to look for a form of sexual release by submitting to a woman — they are in control all the time during the day — and giving up control financially is a more tangible instrument of power for them.”

MarketWatch sat down with Theodora for a few questions about her adventures in crypto:

MarketWatch: When did you decide to start taking cryptocurrency?

Theodora: In this business of domination, it’s common for dominatrixes to take crypto payments. We cannot take PayPal because they blacklist sex workers. I have been making my clients mine for me for a couple of years.

[Mining is the electricity-heavy process of using computer power to verify cryptocurrency transactions — miners are given a monetary prize for their contributions, which Theodora routes to her wallet.]

MarketWatch: What is your crypto slave farm?

Theodora: It is a little tool where people use the resources of your computer to mine [cryptocurrency] for me from a distance. So even though it might be a tiny amount, I have quite a lot of traffic on my website so it adds up quite nicely.

MarketWatch: How do you make money in cryptocurrencies?

Theodora: I take donations and also have people mining for me. I take a lot of geek clients who like new technology and they were really excited when I taught them how to build a mining rig for me so they could mine 24/7 from their home.

Theodora says she has her “favorite currencies” she’s betting on, noting “Bitcoin could crash in two days, you don’t know what’s going to happen, so if you have enough to invest in smaller currency you should,” and adding “For me, it’s play money.”