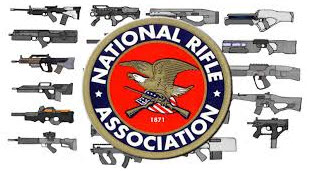 During the legislative process, the NRA supported merging the bill aimed at nationalizing concealed carry permits with another piece of legislation aimed at “fixing” the National Instant Criminal Background Check System (NICS.) Obviously this legislation was inspired by the failure of the US Air Force to report the criminal record of Devin Kelley, who went on to commit a horrific shooting in Sutherland Springs, Texas. While the motivation to do something after this atrocity is entirely natural, unfortunately this bill is simply another example of the Federal government using its own failure to justify expanding its own power.

After all, the “Fix NICS” bill doesn’t seek to punish the US Air Force for its failure to properly process paperwork. Instead, it provides $760 million in additional funding for the Department of Justice to establish new guidelines to ensure compliance among Federal agencies. That funding can also be used “to ensure maximum coordination” between State government and Indian tribes with the NICS.

While the idea of bolstering the already existing Federal gun registry may strike some as relatively benign, it’s important to understand how it has been used in the past.

As Congressman Thomas Massie noted in his own criticism of the bill:

When President Obama couldn’t get Congress to pass gun control, he implemented a strategy of compelling, through administrative rules, the Veterans Administration and the Social Security Administration to submit lists of veterans and seniors, many of whom never had a day in court, to be included in the NICS database of people prohibited from owning a firearm. Only a state court, a federal (article III) court, or a military court, should ever be able to suspend your rights for any significant period of time.

While Republicans and supporters of the NRA may not fear the Trump Administration coming after their guns, it is obviously reckless to grant additional power and resources to future administrative states that may be quite hostile to the right to gun ownership. To put it simply, there is never a good reason to give Federal agencies the power the revoke an individual’s ability to lawfully purchase a weapon without due process.

Further, if one needed an example of how dangerous it is to centralize gun legislation in Washington DC, look no further to what gun owners in states like Ohio and Hawaii are currently facing. Both states, having recently legalized the use of medical marijuana, have placed those who need it with the choice of either owning a gun or receiving life-improving medicine.

In 2011, the Federal government sent a letter to licensed gun dealers reiterating that marijuana users were prohibited from owning a gun – even if it they have a medical prescription. The 9th U.S. Circuit Court of Appeals upheld this decision last year. Hawaii, which requires gun registration, has gone as far as to sending letters to permitted gun owners with marijuana prescriptions requiring they turn over their weapon. While the state is currently asking for “voluntary cooperation,” it could be a matter of time before it turns into compulsory compliance.

While the simplicity provided by nationalizing laws is an understandable appeal, especially if you’re a gun owner who frequently travels, political centralization is never the answer. By supporting this flawed attempt at “National Concealed Carry Reciprocity,” the NRA and their supporters in the House have sided with the power of Federal agencies over the Second Amendment rights of Americans.