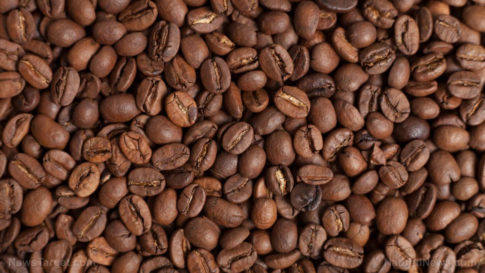 – Coffee found to be just as effective as ibuprofen for easing pain:

Adequate sleep and caffeine intake were found to be just as effective as some commonly-used analgesics such as ibuprofen in easing pain, according to a recent animal study published in the journal Nature Medicine. According to researchers at the Boston Children’s Hospital and Beth Israel Deaconess Medical Center, chronic sleep deprivation leads to increased pain sensitivity. The research team inferred that people who suffer from chronic pain may get relief from sleeping more or taking medications that promote wakefulness.

As part of the study, the research team tested the effects of acute or chronic sleep deprivation on mice and measured the animal models’ sleepiness and sensitivity to both painful and non-painful stimuli. The scientists also assessed the efficacy of standard pain medications such as ibuprofen and morphine against wakefulness-promoting agents like caffeine and modafinil. The research team also used tiny headsets that took electroencephalography and electromyography readings to monitor the animals’ sleeping patterns. In addition, the researchers induced sleep loss in the animals by “entertaining” them.

“We developed a protocol to chronically sleep-deprive mice in a non-stressful manner, by providing them with toys and activities at the time they were supposed to go to sleep, thereby extending the wake period. This is similar to what most of us do when we stay awake a little bit too much watching late-night TV each weekday. Mice love nesting, so when they started to get sleepy (as seen by their EEG/EMG pattern) we would give them nesting materials like a wipe or cotton ball. Rodents also like chewing, so we introduced a lot of activities based around chewing, for example, having to chew through something to get to a cotton ball,” researcher Alexandre Latremoliere was quoted in saying in ScienceDaily.com.

The researchers found that five consecutive days of moderate sleep loss was associated with increased pain sensitivity in mice when they were exposed to various stimuli such as heat, cold, pressure or hot chili compound. The experts also found that common painkillers like ibuprofen did not inhibit pain hypersensitivity associated with sleep loss. In addition, morphine exhibited reduced efficacy in easing chronic pain in animal models. However, both caffeine and modafinil successfully blocked pain hypersensitivity in mice. The findings represent a new kind of analgesic treatment, researchers said. (Related: Know more about the seven health benefits of drinking coffee)

Caffeine works well in humans too

Mounting evidence from a large number of studies show that caffeine may help ease chronic pain in humans. A small study published in the journal BMC Research Notes revealed that coffee consumption may relieve neck pain. During the study, the researchers examined 48 patients and found that those who drank coffee reported less pain over the course of 90 minutes compared with the controls. The experts also noted that coffee drinkers had less intense pain than nondrinkers by the end of the study.

Another study showed that drinking coffee relieves post-workout pain. To carry out the study, researchers at the University of Georgia examined nine female college students who did not drink coffee on a regular basis and did not regularly undergo resistance training. The study revealed that participants who consumed caffeine an hour before the exercise routine reported a 48 percent decrease in pain compared with those in the placebo group. The researchers also found that participants who drank coffee prior to the sub-maximal exercise test exhibited a 26 percent reduction in pain.

“A lot of times what people use for muscle pain is aspirin or ibuprofen, but caffeine seems to work better than those drugs, at least among women whose daily caffeine consumption is low,” said lead researcher Professor Patrick O’Connor. The findings were published in The Journal of Pain.

You can learn how to take better care of yourself with the help of the articles from HealingArts.news.