Source inside Saleh’s party claim Houthis ‘executed and maimed’ former president, while Houthis say he was killed in ambush outside capital.

(MEE) — The former president of Yemen, Ali Abdullah Saleh, was killed on Monday in a reported RPG and gun attack while trying to flee fierce fighting between his loyalists and his former allies the Houthis in the capital Sanaa.

Graphic video shared on social media showed the body of Saleh being carried in the back of a pick-up vehicle. The man had suffered a large head wound.

Yemen’s former President Ali Abdullah Saleh has been killed. Here’s what we know so far:

A source from Saleh’s party, the GPC, told Middle East Eye that the Houthis had “executed” the former president and promised the battle against the movement would continue.

“The Houthis executed Saleh and maimed his body and this is against humanity, but the Houthis do not understand humanity,” said the source.

The Houthi-aligned television station, al-Masirah, stated: “The interior ministry announces the end of the crisis of the treason militia and the killing of its leader and a number of his criminal partisans.”

The GPC officials said Saleh was killed south of the capital Sanaa along with the assistant secretary-general of the GPC, Yasser al-Awadi.

Saleh was killed while he was in his way to his birth village, Sanhan, south of Sanaa, the GPC source told MEE.

The source said Saleh’s death did not mean the end of the ‘revolution’ against the Houthis, and stated Saleh was now a “martyr of the country”.

Sources in the Houthi group said fighters stopped his armoured vehicle with an RPG rocket and then shot him dead.

Al-Masirah stated that Saleh was killed while trying to flee the capital for Marib province.

The GPC source said he was killed while on his way to his birth village, Sanhan, south of Sanaa.

Al Arabiya quoted a source in Saleh’s GPC party as saying he was killed by a sniper.

The reports came amid intense fighting and claims from the Houthis, who control Sanaa, that they had destroyed Saleh’s house in the centre of the city.

In a speech late on Sunday, apparently his last, Saleh formally annulled his alliance with the Houthis.

The Houthis had branded him a traitor for allegedly striking a deal with Saudi Arabia.

Saleh ruled for 33 years before being toppled in 2012 during popular protests.

However, he soon allied with the Houthis, with whom he had fought six wars while president, to fight the new Saudi-backed government of Abd Rabbuh Hadi, his former vice-president.

A member of the Houthi political council told Middle East Eye on Monday: “Saleh was killed while he was trying to flee with some leaders of his party. We hope Saleh’s supporters stop fighting. If they do not, they will meet the same fate.”

He stated the Houthis would not harm members of the GPC who refused to fight.

“Ansar Allah [the Houthis] will save the capital and surrounding areas in few days, as they are responsible for saving the all areas under their control.”

He stated that the clashes were ongoing and his movement would arrest the relatives of the “traitorous” Saleh. 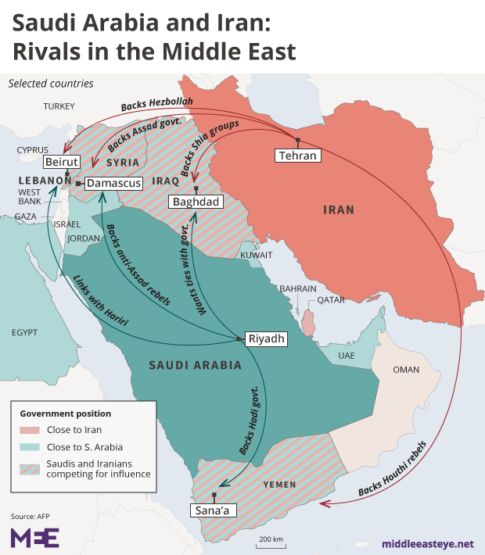 Warning: the following pictures contain images of death and injury.

#BREAKING NEWS
Warrning Graphic
Footage of the body of former president Ali Abdullah Saleh
Who was killed in a road in Khawlan east #Sanaa
Its reported he was on his way to #Marib east #Yemen pic.twitter.com/0iJKbGZH3p

I would say no.