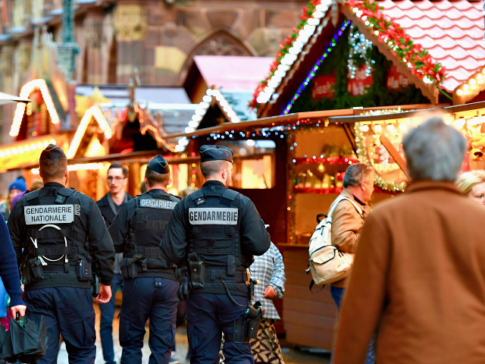 The Christmas market on la Croix-Rousse hill in Lyon, France, has been cancelled because organisers cannot afford the €20,000 security budget.

The annual Christmas market, with its stalls, marquee, and farm animals, has been cancelled because the cost of securing the site day and night was prohibitively expensive, whilst towns and cities across Europe are fortifying their Christmas markets with anti-terror barriers, reports Le Progrés.

“For the past year, requests to secure our events have increased,” explained Maïlys, the project manager for the southern French city’s merchants’ association.

“This year the cost of security would have reached nearly €20,000 (£17,600/$23,800). To at least balance our budget, we could have either increased the number of stands or the rental price of the sites (from €2,000 to €3,000 per week). The decision to cancel the 2017 market was a complicated and difficult one to take, but no solution could be found, despite our discussions with the town hall.”

Ramping up security has taken a priority for organisers of community Christmas markets after failed Tunisian asylum seeker and Islamic extremist Anis Amri murdered a Polish lorry driver, stole his vehicle, and rammed it through a Christmas market in Berlin, Germany, killing 11 pedestrians and injuring more than 50 in December 2016.

The vehicular terror attack prompted towns and cities across Germany and the United Kingdom to install anti-terror barriers around their Christmas markets, sometimes wrapped in decorative material to appear as gifts to disguise their true function. Others have been painted in bright colours to resemble Lego blocks.

🎁🎄🎁 What better Christmas gift has diversity given us than reinforced cast concrete ❤️❤️❤️ https://t.co/txhTkFBZ4R

Some citizens of Germany have reacted to the appearance of the blocks in their communities by painting “Danke Merkel” (‘Thank you, Merkel”) or “Merkel Lego” on the “unwrapped” anti-terror gifts, in reference to German Chancellor Angela Merkel.

In the autumn of 2015, Merkel unilaterally suspended European Union asylum rules and extended an open invitation for an unlimited number of third world migrants to enter the continent in 2015, resulting in Germany accepting more than a million asylum seekers in one year, including many terror suspects and Islamic extremists, including Berlin Christmas market attacker Amri.