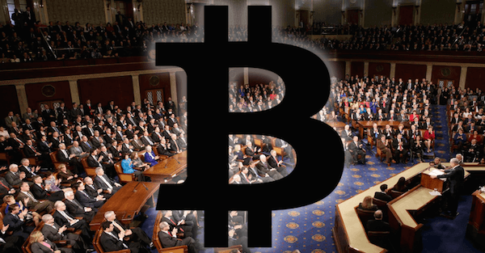 – The government is coming for your Bitcoin:

The same day Bitcoin cracked its all-time high above $11,000, the government dealt its first blow to the crypto world…

On Wednesday, a federal judge in San Francisco ordered the popular Bitcoin exchange, Coinbase, to provide the IRS with information on over 14,000 account holders.

The taxman noticed that only 800-900 people reported gains related to Bitcoin in each of the years between 2013-2015. It seemed unusual given Bitcoin’s meteoric rise.

So the IRS went for its pound of flesh.

Initially, the government wanted complete data on every Coinbase user that transacted between 2013 and 2015. The exchange’s website says it has 13 million users (more than the number of Schwab brokerage accounts).

But Coinbase pushed back… and the government agreed to only take limited data (including name, date of birth, address, tax ID number, transaction statements and account logs) for accounts that have bought, sold, sent or received at least $20,000 worth of Bitcoin in a given year.

If you’re tempted to purchase Bitcoin from the popular Coinbase exchange, don’t bother.

They’ve sold out to regulators.

The IRS is calling this a “partial win.”

But you can be sure, there will be a public beheading. This is something governments almost always do.

It will be a very public trial… and they’ll throw his ass in the slammer.

Government’s always do this because they want to scare people.

The government wanted to stop illegal downloads, so they raided his guy’s house in New Zealand for violating US law.

The government also does this for taxes… everything, really.

Look at Wesley Snipes. The IRS accused him of felony tax evasion. He spent three years in jail.

They had to take a celebrity and throw him in jail to scare everyone else.

Now that it’s at all-time highs, the government wants its piece.

I read the 400+ pages of the proposed tax code. How many lines in there do you think deal with cryptocurrency? ZERO.

How many lines deal with e-commerce? ZERO.

The government had every opportunity to set the rules for the 21st century. And they failed miserably.

So the rules remain as clear as mud.

Instead of trying to make it clear, their tactic is intimidation, force and coercion.

This is just the beginning. There will be more.

And my advice is don’t be one of those guys.

Every transaction that you make in Bitcoin is potentially a taxable event.

Let’s say you bought Bitcoin for $1,000 and after it went to $10,000 you buy a business class trip to Australia for $10k. When you pay the airline with one Bitcoin, you’ve just triggered a taxable event.

The IRS would say that you essentially sold your Bitcoin, have a $9k gain and used those proceeds to buy the ticket.

Which means you owe the IRS capital gains tax on $9k, which is 20% plus the Obamacare surcharge.

So, don’t be that guy. If you’ve been doing this, trust me, you don’t want the IRS find out.

You’d rather come forward yourself and disclose it and pay taxes… Rather than be the next Martin Shkreli.

And to continue learning how to ensure you thrive no matter what happens next in the world, I encourage you to download our free Perfect Plan B Guide. Because… If you live, work, bank, invest, own a business, and hold your assets all in just one country, you are putting all of your eggs in one basket. You’re making a high-stakes bet that everything is going to be ok in that one country — forever. All it would take is for the economy to tank, a natural disaster to hit, or the political system to go into turmoil and you could lose everything—your money, your assets, and possibly even your freedom. Luckily, there are a number of simple, logical steps you can take to protect yourself from these obvious risks.