German Chancellor candidate Martin Schulz (SPD): “What the refugees bring to Europe is worth more than gold.” 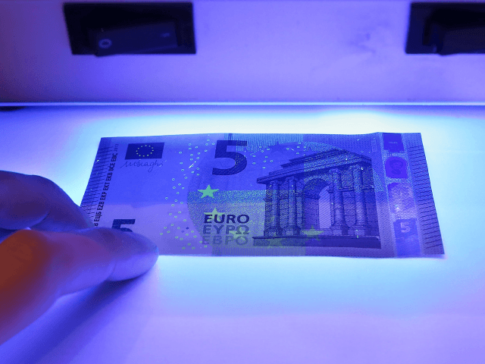 A 22-year-old asylum seeker has been given a suspended sentence after he attempted to pay a local prostitute with fake cash he had made on a photocopier.

The 22-year-old, who is said not to have a very firm grasp of German, attempted to buy the services of a prostitute at a brothel in the town of Sindelfingen. When he gave her cash, the prostitute noticed the bills were obvious fakes and alerted security who called the police, Stuttgarter Zeitung reports.

Investigators soon learned that the migrant had used a colour copy machine at the Magstadt asylum home where he volunteered doing janitorial work and had made 18 copies of a 50 euro note. They say the 22-year-old did a “sloppy job” on the fakes and were also able to locate scissors he had used to cut out the notes.

The asylum seeker initially told police he had come across the bills after selling his mobile phone but this was later proven false by the prosecutor. Even the brother of the asylum seeker admitted: “My brother has a problem with the truth.”

The judge asked the 22-year-old, who lives with his 18-year-old wife and child, if he made the counterfeit notes because he was not getting enough money from the state. The man replied that his allowance, 1,300 euros a month, was fine and that the whole endeavour started as a joke.

The case is not the first time asylum seekers have tried to pay for prostitutes with counterfeit money. Last year, in the Austrian capital of Vienna, several Afghan asylum seekers were arrested and found to be in possession of thousands of euros of fake notes.

While counterfeiting cash is thought to be comparatively rare among asylum seekers, migrant crime has rapidly increased in many areas across Germany. In some cities like Berlin, non-Germans and migrants account for close to half of all the suspects in crimes.

Migrant drug dealing has become a major problem in Berlin in areas like Alexanderplatz where asylum seekers have been caught dealing toxic designer drugs that have led to many users becoming extremely ill. The area, referred to as a “no-go zone“, has also seen a large upswing in sex attacks.