– US Quietly Builds Up Troops in Somalia:

US Has More Troops in Somalia Than Any Time Since 1993

One of the many quiet escalations in countries where US military operations on the ground hadn’t really been well publicized in the first place, officials say that the US has more than doubled the number of ground troops in Somalia this year, and now have over 500 troops there.

This is the most troops the US have had in the country since 1993, when the Black Hawk Down incident killed 18 US soldiers and led to a quick withdrawal from the nation. 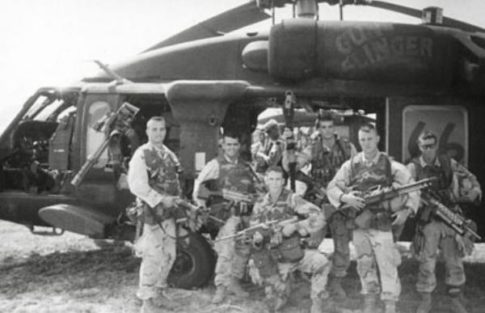 This year was also the first year since 1993 that any US troops died in Somalia.

This escalation has involved a soaring number of US airstrikes in Somalia, not to mention a number of joint ground operations with Somali forces, mostly against al-Shabaab fighters, but many of them with very unclear goals.

But the goals of the whole US operation in Somalia aren’t exactly clear anyhow, with some vague interest in fighting al-Shabaab, and possibly the ISIS affiliate in Puntland, but little sign that the operation is anything but escalation for escalation’s sake.