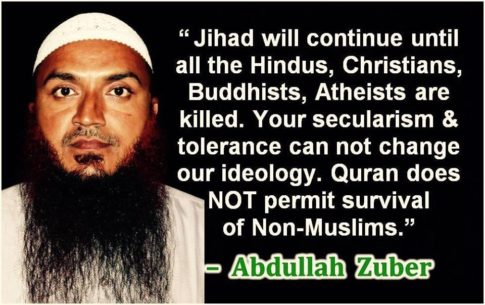 11 thoughts on ““Jihad will continue until all Hindus, Christians, Buddhists, Atheists are killed. Your secularism & tolerance can not change our ideology. Quran does NOT permit survival of Non-Muslims.” – Abdullah Zuber”