– FBI ‘Hand-In-Hand’ With Vegas PD, Begin Damage Control: “There Is No Conspiracy… Nobody Is Attempt to Hide Anything”:

Sheriff Joseph Lombardo of the Las Vegas Metropolitan Police Department appeared to be visibly shaken when told reporters Friday that he wasn’t attempting to be “subversive” in previous statements he made surrounding details of the October 1 massacre at the Route 91 Music Festival where 58 people lost their lives.

As Intellihub details, in the ‘no questions’ conference, which members of the independent media were not allowed to attend, the sheriff said that he’s “well aware” of the timeline dispute released by MGM Management on Thursday which claims that Stephen Paddock fired his weapon into the crowd just seconds after Mandalay Bay security guard Jesus Campos was struck by a bullet in the 32nd-floor hallway outside the shooter’s end suite.

The sheriff stuck to his guns on Friday when he told reporters that he still ‘stands by’ his latest timeline which lists Campos’s encounter with Paddock at 9:59 p.m., 6 minutes prior Paddock’s first known volley of fully-automatic gunfire.

The visibly nervous sheriff also made clear that “there is no conspiracy between the FBI, LVMPD, or the MGM” and that “nobody is attempting to hide anything” in reference to the investigation and noted his solidarity with the FBI.

“We are standing hand-in-hand with the FBI in the continuance of this investigation,” the sheriff explained.

“I feel confident that there are no other individuals that are intending to cause harm to our community associated with the 1 October event.”

Sheriff Lombardo also provided an explanation for changes he recently made to the publicly released timeline surrounding Paddock’s arrival to Vegas and his check-in date at the Mandalay Bay.

“We have come to learn that the suspect did occupy the room on the 25th and the situation on how the room was compensated or paid for had changed on the 28th to include Marilou Danley,” he explained.

Additionally, the sheriff told reporters that so far there has only been a “visual inspection” done of Paddock’s brain and said that Paddock’s brain was shipped to a facility that will conduct a “microscopic analysis of the brain” to see if there were any signs of mental illness.

As of yet, authorities admit that they still have no motive for Paddock’s crimes and maintain that he has no affiliation with any groups.

At one point a reporter tried to sneak a question in but was quickly swatted down by Lombardo over the podium mic. 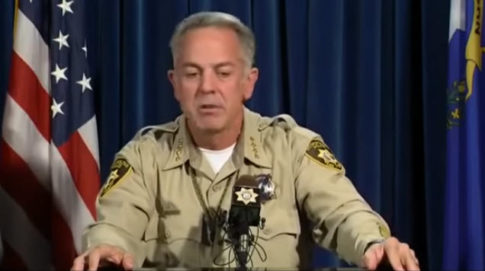 This fiasco comes after earlier chaos surrounding the sudden disappearance of Mandalay Bay security guard Jesus Campos, who was shot in the leg by Stephen Paddock…

Authored by Mac Slavo via SHTFplan.com,

Over the last few days Las Vegas law enforcement officials have significantly altered the timeline of the mass shooting that left 59 dead and hundreds injured. Adding further intrigue is the fact that the Mandalay Bay Hotel & Casino now says that they have their own timeline of events, which diverge from the official story.

On top of that, mystery still surrounds Mandalay Bay security guard Jesus Campos, who was shot in the leg when Stephen Paddock opened fire and unleashed some 200 rounds through the door of his hotel room. 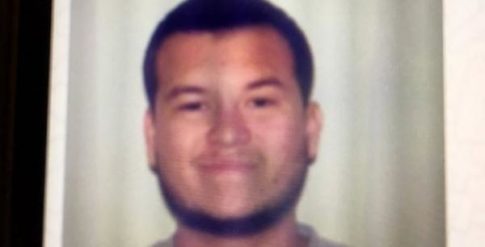 As Fox News reports, the Mandalay Bay security guard shot by Stephen Paddock in the moments leading up to the worst mass shooting in modern U.S. history was set to break his silence Thursday night with five television interviews, including one on Fox News, Campos’ union president said.

Except when the cameras were about to roll, and media gathered in the building to talk to him, Campos reportedly bolted, and, as of early Friday morning, it wasn’t immediately clear where he was.

“We were in a room and we came out and he was gone,” Campos’ union president told reporters, according to ABC News’ Stephanie Wash.

ampos, who is reportedly not registered to work in the State of Nevada, was also scheduled to do an interview with Sean Hannity Thursday night. But just minutes before the interview was to take place, Campos was said to have abruptly cancelled his appearance:

In response to the cancellation, alternative media reporter Laura Loomer attempted to reach out to Campos, who has thus far remained shielded behind his union representatives and refused to provide his account of the shooting to the public. According to Loomer, it appears that Campos and his family have been forced to remain silent because of a gag order surrounding the incident.

She “doorstopped” the Campos family in person when she visited their home in Las Vegas Thursday night.

I just doorstopped #JesusCampos after it was reported he canceled his interview with @seanhannity. I can confirm his family has a gag order. https://t.co/lNMaaaZzWC

According to a video Loomer posted on Periscope, Campos has armed security and it appears that an unmarked law enforcement vehicle is parked outside his home.

Additional videos show Loomer asking members of the Campos family for more information about why he chose to cancel his interviews:

According to Loomer, Jesus Campos and his family members have been told not to discuss the incident. Further, when Loomer was confronted by an armed security guard outside of Campos’ home she noted that the firm the security guard supposedly works for is not registered to operate in Nevada, to which she asks the guard:

You said that you worked for OnScene, a security company. We did a background check…. and the business license expired in January 2017 and has a virtual address… so the company that you work for…. is it a real company? Or is it just some type of a shill company that the FBI or DHS is using?

Little is known about Campos, with few pictures to emerge of the security guard and no apparent online footprint surfacing to provide details about one of the central figures in the mass shooting.