A (planned) financial collapse & hyperinflation, (planned) civil war, which will be directly followed by (planned) WW3 is coming our way…

“A fortunate few will be able to band together with other individuals of similar beliefs. Decentralization in full efflorescence will obliterate many of the current buffers—particularly the welfare state—between actions and consequences, meaning individuals will be forced to take responsibility for what they do, whether they want to or not.” 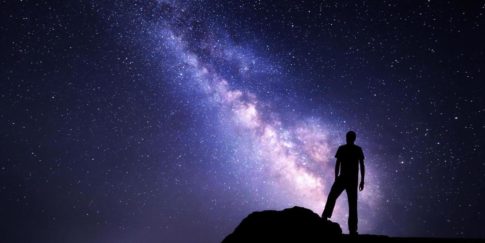 Within a twenty-four-hour span the Catalonian people voted 90 percent in favor of secession from Spain, despite the Spanish government’s effort to violently squelch the referendum, and a man in a Las Vegas hotel room opened fire on a concert, killing fifty-nine and wounding over 500. There’s no tangible connection between the two incidents, but they illustrate incipient forces still gathering steam that are transforming the world.

No government, military force, or intelligence unit has figured out how to stop those determined to kill large numbers of people if the killers are willing to forfeit their own lives. Nor will they. Individuals and small groups have the capability to amass and use large amounts of lethal weaponry, killing military and civilian targets in a guerrilla war, or victims on the deadly end of their random bullets or bombs.

Arguments that this can stopped by limiting access to weaponry are specious, serving only as cover for further expansion of government and curtailment of individual liberty.

The trend towards cheaper, more widely distributed killing power stretches back to the invention of gun powder. Guns can now be manufactured at home with 3D printers. The cows left the barn long ago.

Standing in opposition to the forces of decentralized violence are the forces of centralized violence, governments. Catalonia offers a useful illustration. Violence was the government’s loud and clear cry that it had no other argument for preventing Catalonian succession. The wealthy region pays a disproportionate share of Spain’s taxes and gets less back than it puts in. Catalans are a distinct ethnic subgroup, attenuating any so-called blood ties between Catalonia and Spain. Suppression was only partially successful and 90 percent of those Catalonians who voted chose independence.

A wonder in Catalonia was that masses of demonstrators clearly outnumbered Spanish police forces, but made no attempt to fight back against their brutality. This will be the exception rather than the rule as these types of conflicts escalate, which they will.

A joint wonder of Catalonia and Las Vegas is that gun banners continue to argue that private ownership of guns isn’t a bulwark against governmental tyranny, that civilized, gun-banning governments don’t tyrannize. How different would last weekend in Catalonia have been if Catalans had guns? How different would the future be if the Spanish government had to deal with private firearm possession as it decided on its response to say, a declaration of Catalonian independence? Sure, governments protect your rights, but pass the ammo.

Insurrectionary violence will no longer be off the table. The US, where there are more private firearms than there are residents, will be the center of the coming maelstrom. Look at the staggering arsenal Las Vegas shooter Stephen Paddock legally and surreptitiously amassed. There are plenty of such arsenals out there. From gang-bangers in South Central Los Angeles to Appalachian survivalists, everyone has guns, lots of guns.

There is probably already a black market in all sorts of military weaponry, too: munitions, mines, artillery, anti-tank and anti-aircraft missiles, etc. If there isn’t one now, expect one to emerge as the crisis mounts, fueled by the same sorts of entrepreneurs and networks who currently supply the US its illegal drugs.

The kind of decentralized, multi-sided guerrilla warfare that could coalesce in America will make Korea, Vietnam and all the other places the US has militarily intervened since look like walks in the park. Anyone who thinks the government will do anything more than add to the chaos is making a long-odds bet. Some government personnel, particularly those trained in violence—the police and military—will go free agent and join the general mayhem, especially after their employer goes bankrupt. The government’s only option for “order” may be the barren, decimated order of Hiroshima and Nagasaki after the atomic bomb blasts.

Preceding apace with the decentralization of violence has been a devolution of moral authority stretching back to the Reformation and the invention of the printing press. Organized religion has steadily lost influence, supplanted by countless doctrines of individual morality and choice, or conformity to the doctrines of self-selected groups. People shop in a philosophical bazaar of stated or unstated premises and tenets, consciously or unconsciously settling on those that appeal to their psychologies and correspond to their beliefs.

Government cannot replace organized religion as the central moral authority. Aside from criminalizing behaviors that are almost universally recognized as wrong (and even that is a fairly short list), government authority extends only to what is legal, not what is right and wrong. Much of what governments do, almost always characterized as legal by the governments that do it, would be universally recognized as evil if done by private individuals or groups. Governments have murdered millions, probably billions more people than whatever individual, group, or institution comes in a distant second place. Virtually all that murder has been legally sanctioned by the perpetrating government.

Efforts to obliterate traditional, religious-based morality with a morality of state worship have invariably been miserable failures; see Marxism. Government is everywhere and always power and coercion, and compliance with its dictates and strictures rests not on recognition of their moral worthiness, but on recognition of the costly and painful consequences of failure to do so.

Devolution has pushed morality down to the smallest social unit, the individual. Morality is a product of choices and choices are a matter of thought. Individualized morality—like all human thought—shaped in the trial and error of environments and circumstances best furthers the organic adaptation necessary for survival of the human species. It is like the English common law, incrementally developed and changed in light of what works and what doesn’t.

The devolution of morality has not wiped out either good or evil, or the vast range of human thought and behavior that falls in between. Thomas More’s individual defiance of England’s centralized government and church is now reckoned as saintly. Stephen Paddock was the personification of evil, but in the chaos and terror he unleashed, there were incredible stories of courage and heroism.

Even back in the Middle Ages the moral pronouncements of the Pope had little relevance to the serfs working far off lands. So little, in fact, that the Catholic Church didn’t deem it necessary to translate those pronouncements into a language the serfs could understand. The serfs went about their business, making their own judgments of right and wrong. Shaped, to be sure, by what religious instruction they had received, but mostly by the exigencies of their own situations.

In the coming atomized entropy, it will be starkly apparent that just as with preparation and survival strategies, morality lies with the individual. A fortunate few will be able to band together with other individuals of similar beliefs. Decentralization in full efflorescence will obliterate many of the current buffers—particularly the welfare state—between actions and consequences, meaning individuals will be forced to take responsibility for what they do, whether they want to or not.

In an insolvent world nobody’s left to pick up the tab.

Cries will issue forth to the skies: Help us! Save us! Somebody do something! Somebody tell us what to do! The reply from the skies: You’re on your own.