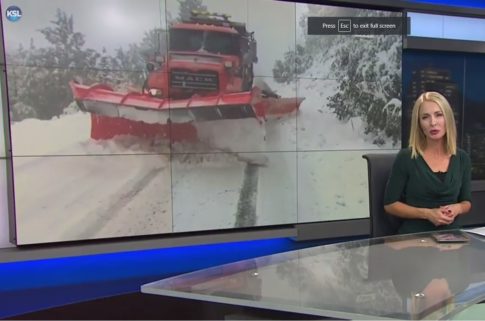 Not something we see too often just two days into fall, says meteorologist.

Heavy early-season snowfall forced closure of state Route 190 and Route 224 at Guardsman Pass, according to the Utah Department of Transportation (UDOT).
.

Officials in Alta reported 8 inches of snow on the ground in places.

Snow was on the ground Sunday morning in other places across northern Utah, including Bear Lake, Big Cottonwood Canyon and Parleys Canyon.

KSL’s meteorologists also warned that 4 to 8 inches of snow was expected on Sunday for the Wasatch Mountains from I-80 north.