Elon Musk isn’t the only one whose afraid that advances in artificial intelligence will leads to something akin to the creation of Skynet.

The Daily Mail is reporting that Russian President Vladimir Putin has expressed reservations about artificial intelligence, even asking the head of Russia’s largest tech firm ‘how long do we have before the robots eat us’?

The Russian president was speaking to Arkady Volozh, chief of internet firm Yandex, during a tour of the company’s Moscow headquarters, the Daily Mail reports. Volozh was discussing the “potential” of AI when he discovered that Putin has a dramatically different interpretation of what that might be. 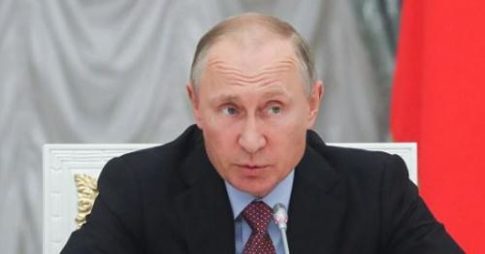 According to state-funded Russian broadcaster RT, the question baffled Volozh.

“I hope never”, he replied after taking a pause to gather his thoughts. “It’s not the first machine to be better than humans at something. An excavator digs better than we do with a shovel. But we don’t get eaten by excavators. A car moves faster than we do…”

But Putin seemed unconvinced. “They don’t think,” he remarked.

Volozh acknowledged that it was true and scrambled back to his speech on AI’s merits.

Putin hasn’t always harbored such a pessimistic view of AI. When asked earlier this month by a group of kids about who would rule the world in the future, Putin said it would be whatever country manages to perfect artificial intelligence.

As RT points out, tech firms like Google and Facebook are developing new AI technology as an increasing number of online services rely on algorithms, including search engines, automated translation between languages, image enhancement and targeted advertising, an area that recently got Facebook into hot water when its self-reporting ad algos created a targeting category using the keywords “jew hater.”

Musk has repeatedly warned that AI could cause World War III. Unless the technology is properly regulated, he said, it represents a much bigger threat to the security of the US than North Korea.

Of course, Musk has been criticized for his paranoid views by such tech luminaries as Facebook CEO Mark Zuckerberg, who said he was “optimistic” about AI’s potential.

Whatever happens with AI, hopefully it doesn’t come to this.

2 thoughts on “Elon Musk Isn’t Alone: Vladimir Putin Asks “How Long Before The Robots Eat Us””