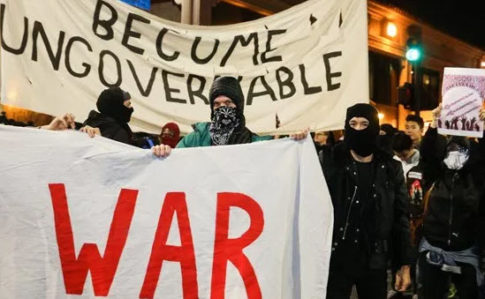 Under the guise of “political correctness,” cities (such as Baltimore, MD) are removing their Confederate monuments one-by-one and under cover of darkness.

Here, as reported by CBS News:

“The Robert E. Lee and Thomas J. “Stonewall” Jackson monument at Wyman Park Dell was removed with a crowd watching.  The Robert B. Taney monument in Mt. Vernon also came down.  Crews are on the site of the confederate Women’s monument at University Parkway to take that one down.  This comes just days after the Baltimore City Council passed a resolution Monday calling for the immediate deconstruction of these monuments.”

There it is!  Straight out of the movie “The Patriot” with Mel Gibson, as with the character he played, Benjamin Martin: “An elected legislature can trample a man’s rights as easily as a king.”

Where’s the vote by the people in the city?  Oh, just that the elected officials, mind you, can make such a decision…by their vote, a tyranny in itself.  At the bare minimum, it should have been put to a vote.

The important thing to keep in mind is that most of these cities, city councils, and their state legislatures are being run by a pack of liberals.  The “paradigm shift” is in full mode: “Democracy in America” did not mention the tyranny of the minority.  In this case, a minority viewpoint, fueled by Marxists and liberals is attempting to subvert First Amendment rights under the U.S. Constitution and begin a policy of redaction to support their revisionist history.

We are right around the corner from a Civil War.

The Left is fueling and funding tensions in order to exacerbate them and cause a revolution.  In the middle of this, the President is being blamed and threatened with impeachment.  The root of it is this: the attempt to destabilize the country and cause anarchy.  Black Americans are being used as the vehicle for the destabilization…a vehicle by the oligarchs, such as Soros.  Now with Charlottesville being trumpeted up and down the country, Obama weighs in “with the most popular Tweet ever.”

I wrote that Barack Hussein Obama II would be back: he will be a most useful catalyst for what is to come.  It was also reported that Hillary Clinton is weighing in on attacking the President, but not with words: with dollars.  Fellowship of the Minds ran a piece that cites the Washington Times.  Here’s an excerpt:

“Joe Schoffstall reports for The Washington Free Beacon, August 14, 2017, that Hillary has donated $800,000 from her campaign funds to Onward Together — a new political action group that she formed three months ago in May which will fund a number of established “resistance” groups that counter President Trump with direct action and protests.

According to its mission statement, Onward Together is dedicated to “encouraging people to organize, get involved, and run for office” and advancing “progressive values and work to build a brighter future for generations to come.”

Federal Election Commission (FEC) filings show that on May 1, 2017, Hillary’s presidential campaign committee Hillary for America contributed $800,000 to Onward Together. In addition, Hillary also funded other “resistance” groups that have “impressed” her, including Swing Left, Run for Something, Emerge America, and Indivisible.”

Once again, her money and power is wielded to “influence” the way things are.  She is not acting alone, nor of her own initiative.  Read Shadow Party to find the guy pulling her strings.  (Hint: his real name is Georgy Schwarz!)

By removing the Confederate memorials and markers, a part of American history is effectively being relegated to oblivion.  It is all part of redaction and revision.  The Marxists and Globalists have been relentless in their quest to rewrite American history and demonize whites in general…trying to create a cowed, demure, subservient class of guilt-ridden subjects…to destroy the United States from within.  To destroy the “warrior mentality” of the citizen-soldier of America’s citizenry…that is the objective.  A complete orchiotomy and neutering: nothing less.

Unless the United States falls, the New World Order/Global Governance cannot exist.  This is the goal: enmesh it in a war (initiated by a foreign nation and/or orchestrated by the U.S.), and destroy it domestically from within.  “Top down, bottom up,” to quote Van Jones, is their objective.  Their playbook is Alinsky’s “Rules for Radicals,” and the battle lines are being drawn more decisively by the day.  There will come a time when everyone will have to pick a side, and after it begins, the United States may look a lot different than it does now.

The plan to divide and conquer is the perrenial weapon of the powers that be. They know how to manipulate people who are just not savvy enough to know what’s happening.

Hopefully, there will be a growing concensus of enlightened ones.”

Alois Irlmaier predicted (in around 1950) that the U.S. will get the greatest revolution of all time, which will take place right after the (planned) financial/economic collapse.