Police in Blackpool say they have arrested a 51-year-old man in connection with the 14-year-old murder case of reported child grooming gang victim Charlene Downes whose body was believed to have been chopped up and put into kebab meat.

Charlene Downes, 14 at the time of her disappearance, was last seen in Blackpool in 2003 and is believed to have been not only murdered but that her killers disposed of her body by putting it into kebab meat at a local seaside kebab shop.

Police have said they believe Charlene may have been linked to grooming gangs in Blackpool and say that they discovered at least 60 underage girls had been sexually groomed at “honey pot” takeaways in the city. The Daily Telegraph reported in 2011 that these children had been targeted with food, drugs, and alcohol in return for sex in the city.

Fourteen years later, authorities now say they have arrested a 51-year-old man in connection with her disappearance only after Charlene’s parents were able to force police to examine CCTV footage that had been in storage for 12 years, the Daily Mail reports.

A spokesman for Lancashire Police released a statement after the arrest saying: “The man, aged 51, who lived in Blackpool at the time of Charlene’s disappearance, is currently in custody. Charlene was just 14 years old when she was last seen in Blackpool on Saturday, November 1, 2003. A £100,000 reward remains on offer for information leading to the conviction of her killer or killers.”

A man has this morning been arrested on suspicion of the murder of Blackpool teenager Charlene Downes. https://t.co/c7zd4qybAu pic.twitter.com/6QeCXzk5mT

Charlene’s mother expressed outrage that the CCTV footage had been kept hidden for over a decade saying: “It is unbelievable that they have had that footage all those years and never used it. It is an absolute disgrace and an insult to the memory of my dead daughter.” 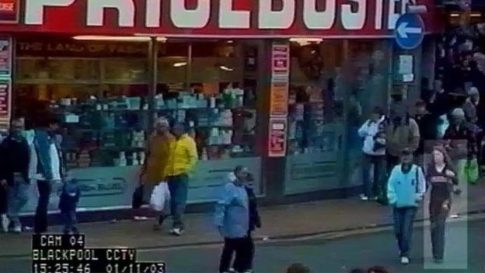 She added that if the footage were available sooner than the 2007 murder trial, which, due to police error, led to the acquittal of Funny Boyz kebab worker Ilyad Albattikh for murder and Mohammed Reveshi for disposal of Charlene’s body, may have turned out differently.

At the time of the trial, the court was told the fast food shop owner had “joked” Downes had been chopped up and put into kebabs that were sold to the public. After the acquittal, the two men were paid £250,000 in compensation.

Earlier this year, another kebab shop made headlines after it was revealed that a 16-year-old girl was brutally gang raped by multiple Afghan Muslim men.

Muslim grooming gangs also continue to plague the North of England, according to recent reports, in which police allege that the Yorkshire town of Keighley may be home to a new grooming scandal involving over 179 individual sex crimes.

The most infamous case of sexual abuse of young girls still remains that of Rotherham in which over 1,400 underage girls were systematically raped, tortured, and many forced into prostitution and addiction to drugs. The rapists remained at large for so long largely because police were too afraid of the backlash for mentioning the ethnic origins of the Muslim male perpetrators.