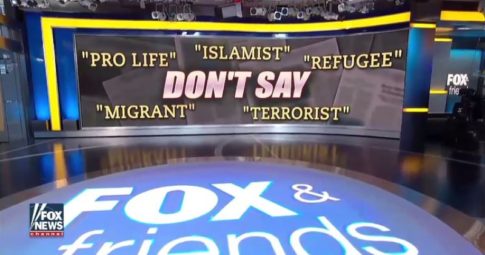 The Associated Press has forbidden journalists from using politically incorrect words like “terrorist,” “Islamist” and even “migrant,” according to journalist Rachel Alexander.

The 2017 AP Stylebook, intended as a universal guide for writers, censors a number of different words in what clearly betrays the organization’s leftist bias.

In an article for the Hill, Alexander explains how when journalists submit an article to a mainstream media outlet, editors will simply change the offending words and replaces them with politically correct alternatives.

The words “terrorist” and “Islamist” are also sanitized and replaced with “militant, lone wolves or attackers,” while migrants or refugees are to be referred to as “people struggling to enter Europe”.

With “illegals” and “alien” having already been nixed years ago, the AP now cautions that “Illegal immigrant” and “undocumented” are now also unacceptable, but offers no suggested replacements.

“The stylebook also instructs writers to use confusing language about guns in order to create a negative impression about them,” reveals Alexander. “Semi-automatic rifles that have add-on parts intended to increase shooting accuracy are to be called “assault weapons,” despite the fact the term has referred to fully automatic weapons used by the military for years. The latter are now referred to as “assault rifles,” and the two are often conflated. Adding even more to the confusion, the phrase “military style” is recommended to describe assault weapons.”

The guide also forbids referring to those who question man-made climate change as “skeptics” or “deniers,” believing this gives them too much credibility and to instead refer to them as “those who reject mainstream climate science”.

All of these examples not only suggest an Orwellian urge to control language and obfuscate objective meaning, but also to inject a brazen leftist bias into every issue.

“How can the mainstream media correct their bias, when the bias is already built into their stylebooks?” asks Alexander.