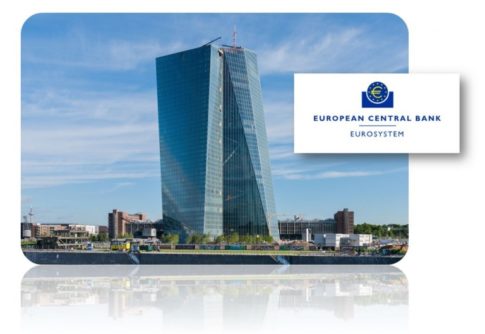 The European Central Bank (ECB) left its stimulus programs and record low interest rates unchanged. Pundits were seeing some cyclical signs of what they hoped was a spreading recovery in the 19 countries that use the euro currency rather than just a bounce in anticipation of tourist season. The ECB dropped any wording that it could lower interest rates further, which is a claimed sign of greater confidence in the economy, but in reality, is more of a reflection of it being trapped in desperate nightmarish measures.

The proposal to do a Euro Bond in the form of an Asset Backed Security (ABS) as they did with the mortgages that blew up in 2007, is a reflection of trying (1) to bailout the ECB, (2) provide funding for governments when the ECB stops buying since it owns 40% of Eurozone sovereign debt, and (3) a compromise with Germany who is against surrendering the power to issue debt to Brussels. The policies of Merkel have been to maintain the single currency at all costs, but there will be no single debt.  This is very much a policy of being just a little-bit pregnant.

The central bank’s announcement kept important wording that its bond-buying stimulus program could be stepped up if the economic outlook worsens. This is not very likely, it is simply a statement of denial that the ECB is trapped and in trouble. The entire policy has utterly FAILED to stimulate the economy and has only kept governments on life-support. When the plug is pulled, will their heart stop? That all depends upon finding buyers of government debt to (1) take up the slack that the ECB was buying 40% of all debt and a greater proportion of new debt. Remove the biggest bidder, and you end up with a NO BID crisis.