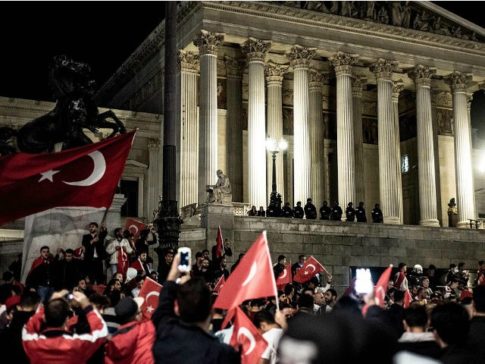 Austria’s “migrant party”, the New Movement for the Future (NBZ), have announced they will be fielding candidates across Austria for the snap national election in October.

The New Movement for the Future (NBZ) was formed by Turkish immigrants in the city of Voralburg and ran for office in local elections. Chairman Adnan Dincer, originally from Turkey, has now said the party is ready to field candidates in the Austrian national election planned for October 15th, Die Presse reports.

So far the NBZ has not announced where they will be running or who their candidates are but a party spokesman said the party had decided on Sunday to compete in the national elections. The party also announced they will move their headquarters to the Austrian capital of Vienna.

In the next few weeks, the party is expected to start forming the appropriate structures to run a national election campaign and will likely produce their national platform as well as introduce their leading candidates for the election.

Previously, party leader Adnan Dincer had claimed whilst the party was largely representative of migrant issues they were neither an Islamic nor a Turkish party.  He claimed the party would represent the interests of “the forgotten” and said that whilst many members are Muslim, “religion is religion, politics is politics”.

In order to win seats in the Austrian parliament, the party needs to win at least four per cent of the vote, something the spokesman for the party saw as unrealistic. Instead, the party is looking to use the election raise its profile and offer voters an alternative.

The Austrian snap election was called after former vice chancellor Reinhold Mitterlehner shocked the country by resigning and leading to a split between the grand coalition of his Austrian People’s Party (ÖVP) and Chancellor Christian Kern’s Socialists (SPÖ).

Current polls show the anti-mass migration Freedom Party of Austria (FPÖ) in second place ahead of the Socialists. New ÖVP leader and Austrian Foreign Minister Sebastian Kurz has steadily adopted many policies the FPÖ have promoted for years including the recent banning of the full-face Islamic veil.

The leader of the FPÖ Heinz-Christian Strache has taken a hard line against Islamisation and has vowed to both ban Islamism and has floated the idea of putting known Islamists on island prisons away from society.

If the current polling trends continue, a coalition government of the ÖVP and the FPÖ is likely, which has not happened since 2000 when Austria was threatened with sanctions from the European Union for allowing then-leader of the FPÖ Jörg Haider into government.