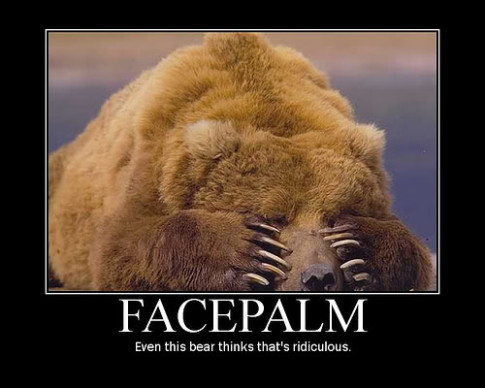 – US Intelligence Says Russian Hackers Are To Blame For Qatar Crisis: CNN:

It’s official: there is nothing in this world that Russian hackers can’t do.

In an opportune coincidence, when discussing the Qatar crisis earlier today, we laid out the “official narrative” behind the dramatic fallout in diplomacy between Qatar and Saudi Arabia.

According to the official narrative, the reason for the latest Gulf crisis in which a coalition of Saudi-led states cut off diplomatic and economic ties with Qatar, is because – to everyone’s “stunned amazement” – Qatar was funding terrorists, and after Trump’s recent visit to Saudi Arabia in which he urged a crackdown on financial support of terrorism, and also following the FT’s report that Qatar has directly provided $1 billion in funding to Iran and al-Qaeda spinoffs, Saudi Arabia finally had had enough of its “rogue” neighbor, which in recent years had made ideologically unacceptable overtures toward both Shia Iran and Russia.

There was another detail that we should have mentioned: on May 23, a news report from the Qatari News Agency attributed to the the country’s ruler Sheikh Tamim bin Hamad al-Thani, criticized US foreign policy in the wake of U.S. President Donald Trump’s visit to Saudi Arabia, questioned whether the US President would last in office, and also appeared friendly to Iran.  Following the publication of the report which infuriated Qatar’s anti-Iranian friends and GCC members, Qatar said its state news agency had been hacked, although the report continued to be carried by media in some other Gulf Arab states, which as Reuters said at the time “suggested renewed strains between Qatar and some of its Gulf Arab neighbors.”

“The Qatar News Agency (QNA) website has been hacked by an unknown entity. A false statement attributed to His Highness has been published,” the Gulf Arab state’s government communications office said. “An ongoing investigation will be put in place to look into this matter. The statement published has no basis whatsoever, and the competent authorities in the State of Qatar will hold all those (involved) accountable.” The incident took place four days after Qatar complained publicly that it was the target of “an orchestrated barrage” of criticism by unknown parties in the run-up to Trump’s visit alleging the Gulf state supported terrorist groups in the Middle East.

That said, the hacking did not figure anywhere in the “official narrative” because it was not part of the list of grievances voiced by Saudi Arabia and various nation states when they cut ties with Qatar on Tuesday, which they did not for the allegedly hacked statement, but because the small nation was supposedly funding terrorists. In fact, as we reported earlier today, in an ultimatum issued by Saudi Arabia, the oil-rich Kingdom demanded that Qatar cut all ties with the Muslim Brotherhood and Hamas, organizations which Saudi Arabia, its Arab allies and the current Egyptian regime, consider terrorist groups.

However, the reason we bring it up, is because it now appears that not only did Russians hack the US election, they also precipitated the Qatar crisis.

At least according to CNN, which citing “briefed US officials” says that US investigators believe it was Russian hackers who breached Qatar’s state news agency and planted the abovementioned fake news report that “contributed to a crisis among the US’ closest Gulf allies.” Which is ironic because, again going back to the “official narrative”, it was Qatar’s support for terrorism, not a “hacked statement”, that precipitated the crisis, but whatever: there was an alleged hacking, and who better to fill the void of hacker than, guess who, the Russians.

Here are the details, according to CNN:

The FBI recently sent a team of investigators to Doha to help the Qatari government investigate the alleged hacking incident, Qatari and US government officials say.

Intelligence gathered by the US security agencies indicates that Russian hackers were behind the intrusion first reported by the Qatari government two weeks ago, US officials say. Qatar hosts one of the largest US military bases in the region.

The alleged involvement of Russian hackers intensifies concerns by US intelligence and law enforcement agencies that Russia continues to try some of the same cyber-hacking measures on US allies that intelligence agencies believe it used to meddle in the 2016 elections.

Why would Russia hack Qatar? Because according to the US officials CNN spoke to “the Russian goal appears to be to cause rifts among the US and its allies. In recent months, suspected Russian cyber activities, including the use of fake news stories, have turned up amid elections in France, Germany and other countries”

Let’s ignore for now that France already confirmed that there were no traces of Russian hackers in the French election (it would have been a different story if Macron had lost).

Let’s algo ignore that just yesterday the FT reported that the trigger behind the crisis was a “hunting party of 26 Qataris in southern Iraq” who were ambushed and captured by the Iranian-backed Iraqi Shia militia Kata’eb Hizbollah, a hostage situation which Qatar eventually used as a pretext to give Iran $700 million in cash and another $200m-$300m to Islamist groups in Syria, mostly to Tahrir al-Sham, also known as al-Qaeda.

Let’s certainly ignore that none other than Bloomberg mused this morning that the long-running conflict between Qatar and the Saudis is the result of the true reason for the tension between the two nations: natural gas, and specifically Qatar’s dominance in the production and export of LNG, which affords the small nation political independence from Saudi Arabia. Because upon reflection, and after “intelligence gathered by US security agencies” somewhere in Qatar, it was a Russian-hacked press statement in the Qatar media that was the reason for the crisis.

So please ignore all you have read so far about the reasons behind the Qatar crisis: about Qatar funding terrorists, about Doha having ties with the Muslim Brotherhood and Hamas, about Qatari hunting parties in Iraq, and about natural gas.

It was the Russians.

For those who need to take a deep breath after all that, now is a good time because it only get more farcical. Back to CNN:

It’s not yet clear whether the US has tracked the hackers in the Qatar incident to Russian criminal organizations or to the Russian security services blamed for the US election hacks. One official noted that based on past intelligence, “not much happens in that country without the blessing of the government.”

That’s the old “if anything happens in Russia, Putin knows all about it” gambit, which was used early on during the Russian election hacking scandal, and which appears to have faded somewhat, so now is a great time to bring it back to the surface.

“Whatever has been thrown as an accusation is all based on misinformation and we think that the entire crisis being based on misinformation,” the foreign minister told CNN’s Becky Anderson. “Because it was started based on fabricated news, being wedged and being inserted in our national news agency which was hacked and proved by the FBI.”

Sheikh Saif Bin Ahmed Al-Thani, director of the Qatari Government Communications Office, confirmed that Qatar’s Ministry of Interior is working with the FBI and the United Kingdom’s National Crime Agency on the ongoing hacking investigation of the Qatar News Agency.

“The Ministry of Interior will reveal the findings of the investigation when completed,” he told CNN.

The above was already known, the only missing link was the identity of the alleged hackers. And that’s where the FBI and the CIA stepped in, because just days after the Qatari hacking, US intel services, who are supposed to be tracking down Russian hacking leads in the US election hacking scandal, had some free time, flew to Doha and were quick to uncover the missing Russian trace.

Ironically, the latest “Russian connection” emerged just hours after Trump – supposedly the recipient of Russian hacking generosity himself – slammed Qatar for financing terrorism. He did not address the false news report.

“So good to see the Saudi Arabia visit with the King and 50 countries already paying off,” Trump said in a series of tweets. “They said they would take a hard line on funding extremism, and all reference was pointing to Qatar. Perhaps this will be the beginning of the end to the horror of terrorism!”

Well, no, because according to CNN it wasn’t terrorism that sparked this whole thing. It was… Russian hackers. Meanwhile, the real sponsors of terrorism in the region, Saudi Arabia which recently signed US weapons deals amounting to over a hundred billion dollars got a clean pass, now that Qatar emerged as the Middle eastern bogeyman. incidentally, 15 of 19 9/11 hijackers were Saudi citizens and last year, Congress passed a bill allowing US citizens to sue Saudi Arabia for its involvement in Sept 11.

CNN said that neither the FBI nor the CIA would comment. A spokeswoman for the Qatari embassy in Washington said the investigation is ongoing and its results would be released publicly soon, but not soon enough, and certainly not before CNN managed to break yet another geopolitical crisis being blamed on Russia.

Sarcasm aside, if indeed this is the story Qatar is going with, it should provide the country with an “out” from the 24 hour ultimatum that Saudi Arabia gave to Qatar as reported earlier, even if Saudi demands had nothing to do with a “hacked statement”, and instead the two main demands by Saudi Arabia are that Qatar end all ties Muslim Brotherhood and Hamas.

Even more amusing, moments ago the Muslim country of Mauritania located in the African Maghreb joined the Saudi alliance, and also cut diplomatic ties with Qatar, saying that Qatar propagated “extremist ideas and spread anarchy and tensions in many Arab countries causing big humanitarian disasters in these countries, in Europe and in the world.”

Wait for it… it was the Russians.

The silver lining to all of the above is that the Comey hearing, which earlier today lost some of its pay-per-view appeal after it was reported that the former FBI director would not accuse Trump of obstructing justice, just got interesting again.