Leading English Premier League football (soccer) stars are demanding to be paid in euros because of the weak value of the Pound, according to Manchester United, the wealthiest club in world football. 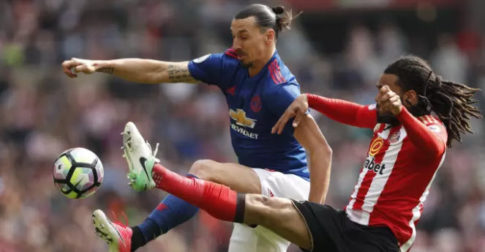 As The FT reports, speaking at the KPMG Football Benchmark event in London on Wednesday. Cliff Baty, the English Premier League side’s chief financial officer said that last summer’s Brexit vote, which led to a sharp drop in the pound against the euro, had complicated the transfers of big-name players.

“It was a bit difficult last year when we were trying to make signings and you had players questioning the value of being paid in sterling,” he said.

“A lot of European players will want to be paid in euros, understandably to a degree. But we are a sterling company . . . [and] managing that is quite tricky.”

The biggest clubs are hedged against currency movements, earning euros from playing in European competition and dollars from international sponsorship deals. Even so, Mr Baty said his club does not have enough euros in hand to accede to the request, insisting players be paid in pounds instead.

The club’s highest paid footballer is Paul Pogba, who earns a staggering £290,000 a week.

Mr Baty said other players had questioned the sterling-only policy…

“It is a natural request [from players] in understanding how much you will get paid,” he said. “We’re not going to lose signings over it. It just makes the finances more complicated.”

We would imagine the British public would be less than worried if x-thousand bankers leave Britain for Europe’s shores, but a ‘Brexodus’ of its best soccer players would likely mean open revolt…