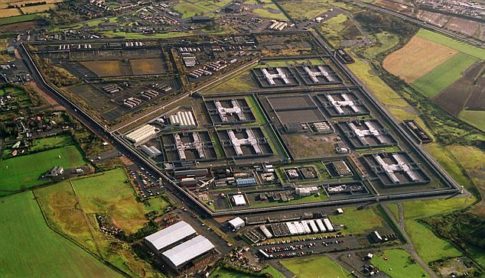 – 7/7 Met police chief calls for extremists to be locked up in INTERNMENT camps as he says MI5 and police cannot keep track of 3,000 terror suspects:

Thousands of radical extremists must be locked up in new internment camps to protect Britain from the unprecedented terror threat it faces, a Muslim former police chief declares today.

Writing exclusively for The Mail on Sunday, Tarique Ghaffur warns there are too many extremists on the streets for police and MI5 officers to monitor.

Mr Ghaffur, an Assistant Commissioner at Scotland Yard when the 7/7 bombings took place, proposes that special centres be set up to detain as many as 3,000 extremists, where they can be kept from launching attacks.

They would also be made to go through a de-radicalisation programme.

He admits that the internment of IRA members in Northern Ireland during the 1970s led to a violent backlash and hunger strikes.

But Mr Ghaffur believes the idea would work for extremists if the camps were approved by imams, whom he believes should also issue a ‘fatwa’ condemning atrocities such as the suicide bombing in Manchester that left 22 dead.

He says: ‘Let us have a proper national debate about this, and not be afraid to speak openly for fear of offending any communities, or for the sake of political correctness.’

Internment was introduced in Northern Ireland in 1971 in an attempt to quell the rising violence, and over four years almost 2,000 alleged paramilitaries were held without trial in makeshift camps.

But it led to an upsurge in bloodshed as well as political protests, and was later abandoned.

However, Mr Ghaffur, once Britain’s most senior Asian officer, says that it is needed now to deal with the growing number of dangerous extremists in the country, more than 400 of whom have fought for Islamic State in Syria and Iraq.