… compared to a Porsche … 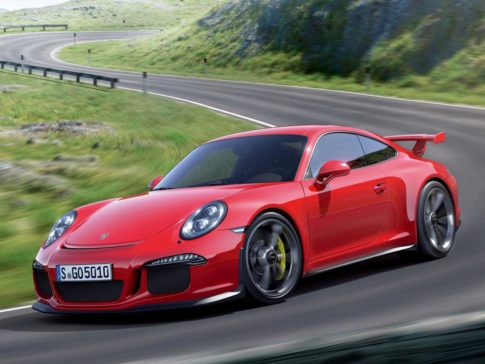 So great performance by Dean Karnazes, but certainly not the upper limit. 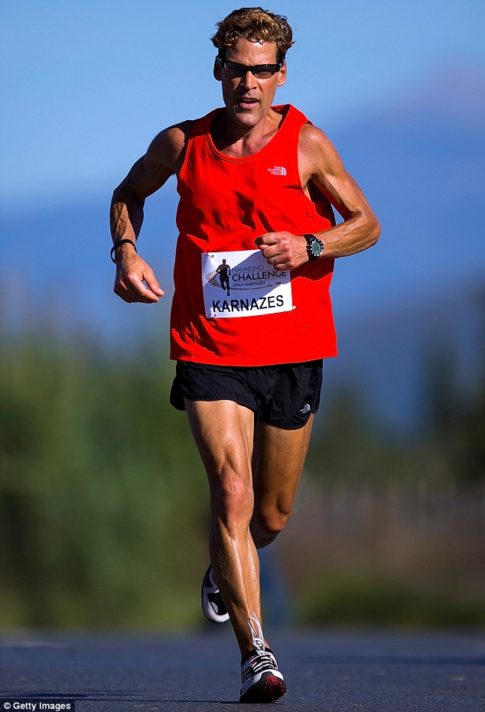 – ‘Super-human’ marathon runner Dean Karnazes can jog 350 miles without stopping thanks to a rare genetic condition:

He has run a marathon to the South Pole in temperatures of −13 °F, completed fifty marathons in fifty days – one in every state – and most famously sprinted 350 miles in just 80 hours and 44 minutes without sleep.

Yet unstoppable marathon runner has never had a cramp or even experienced his muscles seizing up.

Now Dean Karnazes has revealed that his superhuman abilities are down to a quirk of his physiology. The 53-year-old has a rare condition which allows his body to rapidly flush lactic acid from his system.

Typically, as we exercise, the body converts glucose to energy which produces lactic acid as a by-product. As that builds up in the muscles, it begins causing cramps and fatigue as a signal to stop.

Karnazes never receives those signals. As a result, he is able to keep on running without stopping and compete in some of the toughest endurance races in the world.

‘At a certain level of intensity, I do feel like I can go a long way without tiring,’ he told the Guardian previously.’No matter how hard I push, my muscles never seize up. That’s kind of a nice thing if I plan to run a long way.’

During one incredible feat, he was able to keep running for three days and three nights without sleep – although he admits that the third night took all his willpower.