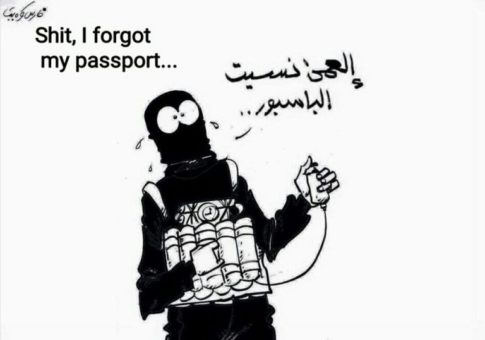 This article reviews the “mysterious” phenomenon of IDs and Passports of terror suspects routinely discovered (often in the rubble) in the wake of a terrorist attack.

In most cases the alleged suspect was known to the authorities.

Is there a pattern?  The ID papers of the suspect are often left behind, discovered by police in the wake of a terrorist attack.

According to government and media reports, the suspects are without exception linked to an Al Qaeda affiliated entity.

None of these terror suspects survived. Dead men do not talk.

In the case of the tragic events in Manchester, the bankcard of the alleged suicide bomber Salman Abedi was found in his pocket in the wake of the explosion.

Legitimacy of the official stories? The UK is both a “victim of terrorism” as well as a “State sponsor of terrorism”. Without exception, the governments of  Western countries which are victims of terror attacks, have supported, directly or indirectly, the Al Qaeda group of terrorist organizations including the Islamic State (ISIS), which are allegedly responsible for waging these terror attacks. Amply documented Al Qaeda is a creation of the CIA.

Below is a review of the circumstances and evidence pertaining to passports and IDs discovered in the wake of selected terror attacks, with links to Global Research articles and media reports (2001-2017). (This list is by no means exhaustive)