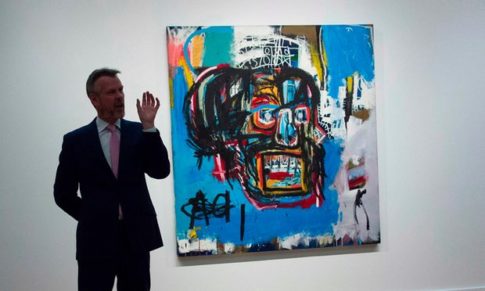 An artwork by Jean-Michel Basquiat has sold for a record $110.5m at auction in New York.

Sotheby’s said the sale of Untitled on Thursday night in Manhattan was an auction record for the artist. It also set a record price for an American artist at auction. The 1982 painting depicts a face in the shape of a skull.

The piece was purchased by noted Japanese collector and entrepreneur Yusaku Maezawa after a 10-minute bidding war. He said he plans to display the painting in his museum in Chiba, Japan, after loaning it to institutions and exhibitions around the world.