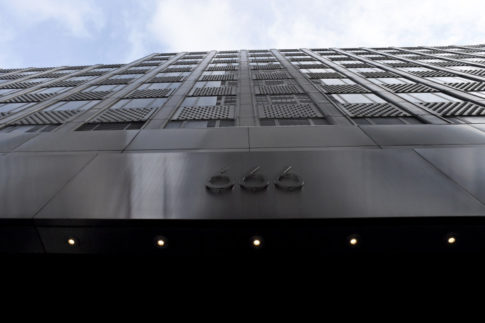 – Thank God ‘The People’ Are Back in Power: Kushner Family Pitches ‘Invest $500k, Immigrate to America’ Visa Program in China:

Representatives from the Kushner family descended upon the Ritz Carlton in Beijing to pitch wealthy Chinese the EB-5 visa program aka crony capitalism.

Nicole Kushner, Jared’s sister, was alleged to be in attendance.

The pitch was “Invest early, and you will invest under the old rules,” according to the Washington Post.

The event, which was closed to foreign press, was hosted by the Chinese company Qiaowai — who is working on behalf of the Kushner family for one of their projects in New Jersey.

It’s dubbed the ‘Kushner 1’ project, like Airforce 1 only cooler: “This project has stable funding, creates sufficient jobs and guarantees the safety of investors’ money, read one of the promotional brochures.

The materials painted Jared as a ‘celebrity’ in America, encouraging rich Chinese to trust their status and business acumen in America — which is funny considering the ruinous state of their crown jewel property 666 5th avenue (extra anti-Christ). The Kushner’s are trying to restructure the 666 deal, bringing in Chinese insurance giant Anbang, in an effort to finance a massive expansion and conversion of the top floors into posh condos.

Thank God ‘the people’, plumbers, electricians and all of the other rubes, are running America again. Get the wall up, unless of course all Mexican migrants are willing to fork over $500,000 to invest.

3 thoughts on “Thank God ‘The People’ Are Back in Power: Kushner Family Pitches ‘Invest $500k, Immigrate to America’ Visa Program in China”