The Trump administration claims that it has proof that the Syrian government dropped chemical weapons from an airplane on April 4th.

Specifically, we called Dr. Theodore Postol, professor of science, technology, and national security policy at MIT.  Postol’s main expertise is in ballistic missiles. He has a substantial background in air dispersal, including how toxic plumes move in the air. Postol has taught courses on weapons of mass destruction – including chemical and biological threats – at MIT.

Before joining MIT, Postol worked as an analyst at the Office of Technology Assessment, as a science and policy adviser to the chief of naval operations, and as a researcher at Argonne National Laboratory.

He also helped build a program at Stanford University to train mid-career scientists to study weapons technology in relation to defense and arms control policy.

Postol previously debunked the U.S. government’s claims about a 2013 chemical weapons attack in Syria, causing the New York Times to back away from one of the main arguments for Syrian government culpability.

Postol told Washington’s Blog that a chemical weapon dropped from a plane would have included an explosive on the inside of the tube containing the chemical agent.

But the photograph the U.S. government released to show the weapon which released the chemicals on April 4th shows that the explosive was placed outside of the tube containing the chemical weapon.

Postol illustrates this fact in a report he released today: 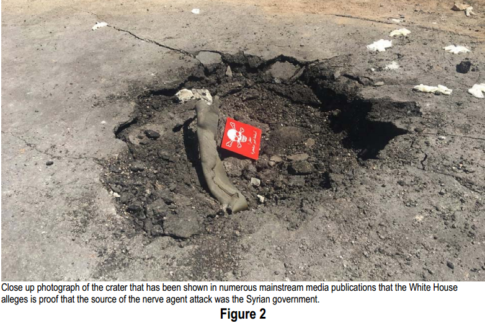 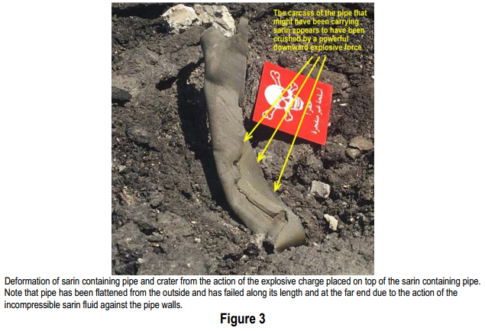 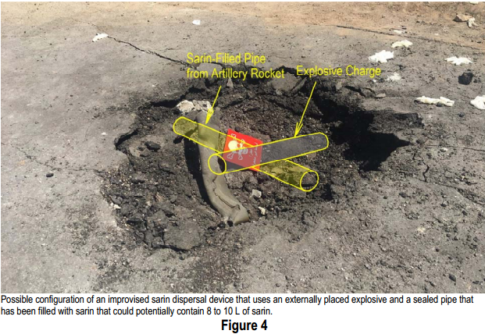 Postol also notes that the weapon is simply a section of a 122 mm artillery rocket, rather than any type of weapon that would be released from a plane: 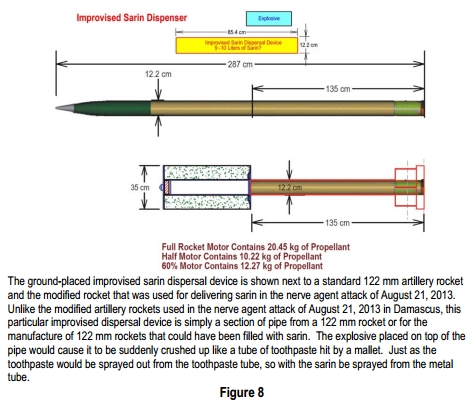 Postol also told us that – contrary to popular myth – chemical weapons are more effective when there’s no wind, as people are exposed to the chemical for a longer period than if it’s calm (wind lifts some of the chemical upward, so it’s not as concentrated at ground level. On the other hand, a chemical released at ground level on a calm day moves about the same speed as a person walking … 1 to 2 meters per second).

Postol looked up the weather for the area where the chemical incident occurred.  It was quite windy the day before and the day after the incident, but was calm when the chemical release occurred.  So reports by the Russian government that it was windy that day are inaccurate.

Postol believes this provides circumstantial evidence that the chemical was released from the ground, and that the perpetrator intentionally waited for a calm day to set it off.

But Postol also told us that he has evidence that the site has been tampered with.  Specifically, he’s reviewed photographs of the site over time, which show that it has been modified.  [Update: he just sent us his Addendum on evidence tampering.] So there’s really no evidence linking the Syrian government with the chemical incident.

Postol told us that the errors, inconsistencies and lack of facts in both the 2013 and 2017 U.S. reports on Syrian chemical weapons incidents show that the reports were not vetted by any experienced intelligence officials.  In other words, these were political rather than fact-based reports.

[It] does not provide any evidence whatsoever that the US government has concrete knowledge that the government of Syria was the source of the chemical attack.

[Like the report on the 2013 Syrian chemical attack, the government’s new report is] obviously false, misleading and amateurish.

What the country is now being told by the White House cannot be true.

Many other experts have also expressed doubts about the Trump administration’s claims regarding the chemical incident.
* * *