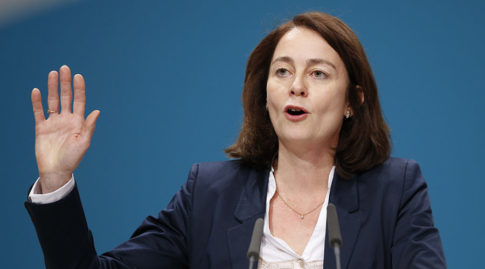 Katarina Barley, leader of the German Social Democrats (SPD), called for a second Brexit referendum this week, arguing British voters were misinformed about the UK’s withdrawal from the European Union.

“When the referendum was held, nobody really knew what it would be about – not the British people, not even the political class,” Barley said during a TV interview.

“A lot of people incorrectly thought that Britain could get a deal like Switzerland or Norway without the inconveniences, without accepting the rulings of the European Court of Justice, without free movement of labor. Now they know that this isn’t the case and they should be asked to vote again on this.”

Barley, who has a British father, is the most senior European politician to have called for a second UK referendum on Europe. This new vote would come after a deal is finally struck between Europe and the UK.

Barley argued that, after speaking to “a lot of politicians, both Brexiteers and Remainers,” she is sure “nobody really has an idea, not Theresa May, not Boris Johnson – how all of this should work out.”

“I would point you to the prime minister’s words when she triggered Article 50 and said ‘there is no going back.’ That is our position,” a spokesman for Downing Street said.

No Brexit deal until November

Any deal with EU nations may have to wait another six months, or until the new German government is formed.

According to Centre for Brexit Studies director Alex de Ruyter, the coming French and German elections will delay Brexit substantially as neither nation will be able to focus on negotiations with Westminster.

“With the impending French presidential elections and the German federal elections coming up over the next few months, it is likely no real discussions over Britain’s withdrawal from the EU will take place until after November this year,” the academic said, according to the Express.

Banks should prepare for Brexit ASAP

The news followed a warning from the European Central Bank (ECB) to financial institutions to hurry up with Brexit preparations if they want to move headquarters to EU locations.

Banks wanting to do business inside the EU after the withdrawal should expect six to 12-month waits to receive a EU relocation license.

“Plan accordingly, in order to be sure to obtain your licence on time,” the Frankfurt-based ECB said in an update of its website’s Frequently Asked Questions section.