In addition to presenting a strategy on Syria that appeared to be the opposite of what Rex Tillerson said earlier, when on Sunday the US ambassador to the UN Nikki Haley told CNN that regime change is now a key priority for Trump (on Saturday, Tillerson said that Washington’s first priority is the defeat of Islamic State), Haley also said that Trump is considering implementing new sanctions against Russia and Iran.

“I think that’s conversations that he [Trump] will be having and have started to have, going forward. But I think he will have to look at the situation,” Haley told CNN’s Jake Tepper when asked whether Trump “wants tougher sanctions on Russia and Iran.”

Nothing “is off the table at this point,” she added and said that “the discussions are linked to the situation in Syria.”

“You saw this terrible tragedy on innocent people, a lot of them children, and the first reaction from Russia wasn’t ‘how horrible,’ it wasn’t ‘how could they do this,’ it wasn’t ‘how did this happen,’ it was: ‘Assad didn’t do it.’ Why was that the reaction?” Haley said.

The US ambassador to the UN went on to suggest that such a reaction from Moscow prompted “the investigation on Russia.”

Meanwhile, the Russian Defense Ministry said “no evidence whatsoever” has been presented by Washington to prove that the Shayrat airfield had any chemical weapons. Not so according to Haley who said that “we’ve seen the evidence on Assad, we know exactly what happened.” 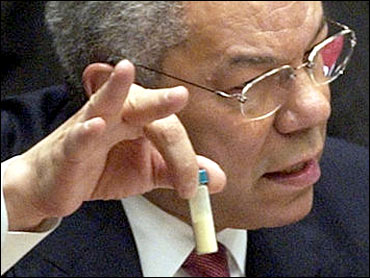 The Russian ministry also said that dozens of representatives of the media, local authorities, and emergency services have visited the airfield since the attack, with no alleged “storage units” or chemical weapon shells being found, and together with Iran called on a mission of professional experts to be sent to the air base.

As Xinhua reports, the Kremlin said in a statement issued on Sunday that Russian and Iranian presidents in a phone conversation stressed the inadmissibility of “aggressive” U.S. actions against Syria in violation of international law.

Russian President Vladimir Putin and his Iranian counterpart, Hassan Rouhani, called for an objective, unbiased investigation into the chemical weapon incident in the Syrian province of Idlib earlier this week, the Kremlin said in the statement.

The two leaders noted the importance of continuing close cooperation in the political and diplomatic settlement of the chronic Syrian civil war, the statement said. In addition, both presidents expressed readiness to deepen bilateral cooperation in the fight against terrorism to ensure stability in the Middle East.

Finally, going back to Rex Tillerson, the US Secretary of State accused Russia of “failing” to “live up to its commitments under the chemical weapons agreements” in relation to the current situation in Syria.

“The failure related to the recent strike and the recent terrible chemical weapons attack in large measure is a failure on Russia’s part to achieve its commitment to the international community,” Tillerson said in an interview aired on ABC on Sunday. But, he added, there is no “hard evidence that connects the Russians directly to the planning or execution of this particular chemical weapons attack.”  And speaking of hard evidence, some have mused at the complete disappearance of any recent reports in the Wapo and NYT sourced from “anonymous officials” that Trump was cooperating with Russia. We expect this glitch to be promptly remedied, or else that particular narrative may be lost forever.

Talking with ABC, Tillerson – who is set to visit Moscow April 11-12 – said he would “call upon Foreign Minister Lavrov and the Russian government to fulfill the obligation it made to the international community when it agreed to be the guarantor of the elimination of chemical weapons.”

When asked about Washington’s anti-Russia sanctions, the US Secretary of State said “there is no reason to be lifting sanctions.” Those were put in place over the situation in Ukraine and Crimea, Tillerson said, adding that until the issues in that region are addressed, “sanctions will remain in place.” So far he has to confirm Haley’s suggestion that more sanctions against Russia and Iran are being considered.