Fascism you can take a bath in! 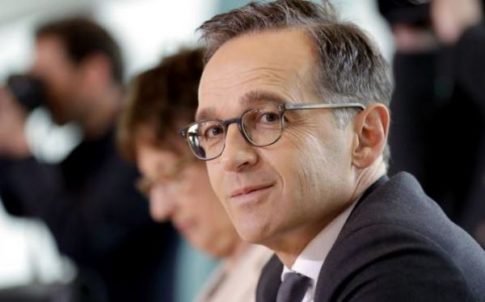 And yes, they are coming!

German Chancellor Angela Merkel has apparently decided she’s not willing to take the chance of becoming the latest politician to fall victim to the same “Russian hacking” and “fake news” campaigns which ‘undoubtedly’ caused the downfall of America’s liberal darling, Hillary Clinton (forget those pay-for-play scandals, federal record retention violations and willful non-compliance with Congressional subpeonas…total non-factors in the 2016 election).

And since they can’t really control the actions of those pesky ‘Russian hackers,” Germany’s cabinet has instead decided to pass legislation that would impose serious fines of up to 50 million Euros on any social networks that fail to swiftly remove content that could be deemed “hateful” or “fake news.”  Per Yahoo News:

Germany’s Cabinet on Wednesday approved a new bill that punishes social networking sites if they fail to swiftly remove illegal content such as hate speech or defamatory fake news.

Chancellor Angela Merkel’s Cabinet agreed on rules that would impose fines of up to 50 million euros (53.4 million dollars) on Facebook, Twitter and other social media platforms.

German Justice Minister Heiko Maas said that the companies offering such online platforms are responsible for removing hateful content. He said the new bill would not restrict the freedom of expression, but intervene only when criminal hatred or intentionally false news are posted.

Of course, all of this begs the question of exactly how German officials define “fake news” as the lines between what is pure ‘fact’ versus ‘opinion’ often grow very blurred in politics.  Moreover, politicians themselves are often the biggest purveyors of “fake news”…so if someone quotes the erroneous comments of a German politician on FaceBook is the social network then liable?  All questions that would have seemed silly just a year ago…

Nevertheless, German Justice Minister Heiko Maas is convinced that “verbal radicalization” of snowflakes over twitter and Facebook is often a precursor to “physical violence.”

Social networks need to ensure that obviously criminal content — as defined by German law — will be deleted within 24 hours and other illegal content after seven days.

“Just like on the streets, there is also no room for criminal incitement on social networks,” Maas said.

“The internet affects the culture of debate and the atmosphere in our society. Verbal radicalization is often a preliminary stage to physical violence,” he added.

But nevermind the actual ‘radicalization’ occurring in migrant communities throughout Europe at the moment…that is also just “fake news.”

As we noted last week, Assemblyman Ed Chau (D-Monterey Park) recently introduced a similar piece of legislation in California, the so-called “California Political Cyberfraud Abatement Act” or AB 1104 for short, that would have effectively made it a crime to be wrong on the Internet.  The text of the bill implicated anyone who writes, publishes or even shares news stories that could be false, if those news stories are later found to have had an impact on an election.  From the bill:

This bill would modify the definition of the terms “political cyberfraud” and “political Web site” to include Internet Web sites that urge or appear to urge the support or opposition of candidates for public office. The bill would also make it unlawful for a person to knowingly and willingly make, publish or circulate on a Web site, or cause to be made, published, or circulated in any writing posted on a Web site, a false or deceptive statement designed to influence the vote on any issue submitted to voters at an election or on any candidate for election to public office.

And even though author Ed Chau described AB 1104 as “an important step forward in the fight against ‘fake news’ and deceptive campaign tactics”, the Electronic Frontier Foundation (EFF), a digital-rights advocacy group, said the bill was “so obviously unconstitutional, we had to double check that it was real.”

On Tuesday, the California Assembly’s Committee on Privacy and Consumer Affairs, which Chau chairs, will consider A.B. 1104—a censorship bill so obviously unconstitutional, we had to double check that it was real.

This bill will fuel a chaotic free-for-all of mudslinging with candidates and others being accused of crimes at the slightest hint of hyperbole, exaggeration, poetic license, or common error. While those accusations may not ultimately hold up, politically motivated prosecutions—or the threat of such—may harm democracy more than if the issue had just been left alone. Furthermore, A.B. 1104 makes no exception for satire and parody, leaving The Onion and Saturday Night Live open to accusations of illegal content. Nor does it exempt news organizations who quote deceptive statements made by politicians in their online reporting—even if their reporting is meant to debunk those claims. And what of everyday citizens who are duped by misleading materials: if 1,000 Californians retweet an incorrect statement by a presidential candidate, have they all broken the law?

At a time when political leaders are promoting “alternative facts” and branding unflattering reporting as “fake news,” we don’t think it’s a good idea to give the government more power to punish speech.

But, unlike in Germany, California actually realized how idiotic their bill was before passing it into law…