If there are still some ‘eagles’ left, somewhere out there in the real world, …

In order to stay up, this site really needs your support, …

– Holder Foretells The Return Of Obama: “He’s Coming, And He’s Ready To Roll”:

Barack Obama, after making the very difficult decision to proceed with Penguin Random House to publish his and Michelle’s White House memoirs in a deal rumored to net him about $60 million, is, at least according to old pal Eric Holder, ready to take his place at the helm of the democrats’ Trump opposition efforts.  Of course, this breaks with the tradition upheld by most former Presidents who have chosen to not publicly criticize their successors…but the rules don’t really apply to Obama now do they?

According to Holder, Obama’s triumphant return to politics will be focused on, among other things, fundraising (his specialty) and assisting the National Democratic Redistricting Committee (NDRC) in its efforts to redraw congressional districts to give Democrats a leg up in the House of Representatives.  Per Politico:

– Prominent Hedge Fund Trader Jumps To His Death In Manhattan:

A prominent 47-year-old hedge fund trader was killed when he jumped from a luxury apartment building on Manhattan’s Upper West Side, authorities said.

hildren as young as four will be given sex and relationship education to warn them about the dangers of the internet, under plans set to be announced by ministers.

The Government will table an amendment to the Children and Social Work Bill that will make “age appropriate” sex and relationship education (SRE) part of the national curriculum in primary and secondary schools, The Daily Telegraph understands.

The Church of England will announce on Wednesday that they support the introduction of statutory sex education in schools.

– White House Is Exploring Use Of Military Force Against North Korea:

An internal White House strategy review on North Korean options includes the possibility of both military force and regime change to counter the country’s nuclear-weapons threat, the WSJ reports, a prospect that has some U.S. allies in the region on edge. The review comes amid recent events have strained regional stability including last month’s launch by North Korea of a ballistic missile into the Sea of Japan, and the assassination of the estranged half brother of North Korean leader Kim Jong Un in Malaysia.

The WSJ adds that U.S. officials have underscored the possible military dimensions of their emerging strategy in recent discussions with allies, suggesting that the planning is at an advanced stage.

President Trump has taken steps to reassure allies that he won’t abandon agreements that have underpinned decades of U.S. policy on Asia, his pledge that Pyongyang would be stopped from ever testing an intercontinental ballistic missile—coupled with the two-week-old strategy review—has some leaders bracing for a shift in American policy. During Japanese Prime Minister Shinzo Abe’s two-day summit in February with Mr. Trump, U.S. officials on several occasions stated that all options were under consideration to deal with North Korea, according to a person familiar with the discussions.

It was clear to the Japanese side that those options encompassed a U.S. military strike on North Korea, possibly if Pyongyang appeared ready to test an ICBM. The Japanese side found that scenario “worrisome,” he said.

– Japanese giants itching to pull the plug on French debt

– China Warns It Must “Reallocate” Half A Million Unemployed Workers

– Yes She May: Oprah Hints At Presidential Run

I’ve said many times that, in my opinion, only PHYSICAL gold and silver are real and everything else will turn out to be an illusion, when the financial collapse will happen.

I’ve stated about Bitcoin, that (in my opinion) all those virtual Bitcoins will dissolve into thin air …. ‘aaaand they are gone‘, when the system (and the internet) will go down .

And good luck with those worthless gold ETFs, that will turn out to be backed by nothing.

IF TRUE, then here come the Orcs … 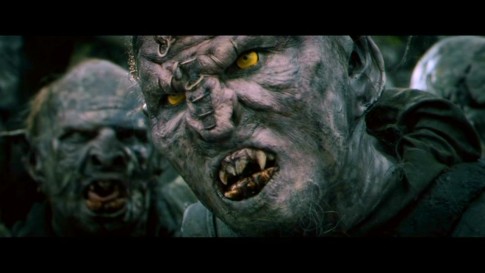 Islamic State terrorists are teaching their fighters to eat non-Muslims, it has emerged.

A handbook found in the terror group’s training school has been found by a British counter-extremism think tank, revealing the horrifying new stance of the jihadis.

ISIS chiefs even give advice on what parts of the body to eat and how to prepare them and comes after a sickening report a mother was fed the remains of her own son when she was told by the terrorists it was meat and rice.

He said if there are no food supplies available during what they describe as a time of jihad, terrorists were encouraged to kill non-Muslims or Muslims who do not share their version of Islam for food.

Practicing Muslim Mr Rafiq said he found the discovery utterly revolting, and that their most horrific finding was that cannibalism was being taught in classrooms.

The plight of the desperate mother was reported when she visited ISIS’ headquarters in Mosul, Iraq.

Once again it is only the Alternative Media who raise the alarm.

I wonder when Google (who own Boston Dynamics) will re-name them SKYNET?” 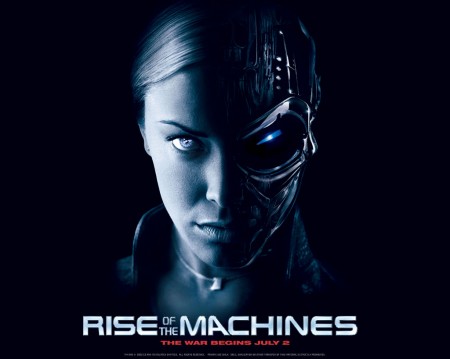 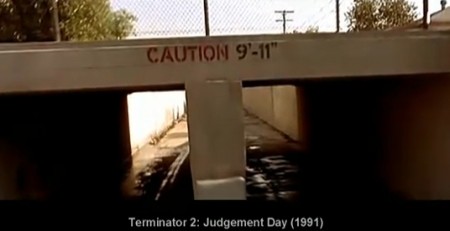 “The revival of the Alaskan HAARP for the control of weather AND tectonic plate disruption is now officially up and running again, and currently aimed at Zealand.”

Even as the frontrunner in the French presidential race, Emmanual Macron, who is reportedly catching up on Marine Le Pen in the first presidential round, is building a decisive lead over the National Front candidate in the runoff round, a protester today demonstrated his displeasure with the former Rothschild banker after splattering an egg on the head of the young ex-banker.

– Next-generation UK warships have missile launchers… but no missiles

“After the new British Typhoon Fighter, designed specifically for dogfights is ordered WITHOUT any cannons!

– Jorge Ramos: America Is ‘Our Country, Not Theirs’—‘And We Are Not Going to Leave’:

Univision senior anchor Jorge Ramos declared on Friday that the United States belongs to Latino migrants, emphatically stating to a Spanish-speaking audience that “it is our country, not theirs.”