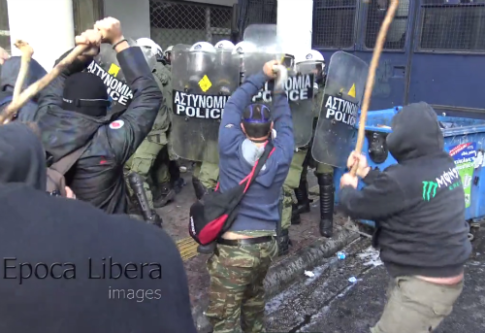 – “The Powers-That-Be Have Looted Everything” – Greek Farmers Fight Riot Police With Shepherd Crooks:

“We want to have them take back everything they have encumbered us with. To us, it seems like the powers that be have looted everything.”

If someone burns down your house in order to sell you charcoal, would you consider this logical? That is exactly what Goldman Sachs did to the Greek economy. They burned you down like arsonists and then they tell you not to worry they’ll give you charcoal. It’s outrageous.”