Wanting to give even more power to unelected bureaucrats.

– EU Lawmakers Urge “Federal Union” For European States… Or Else:

The leaders of the lower chambers of parliament of Germany, Italy, France, and Luxembourg have called for a European “Federal Union” in an open letter published in Italian newspaper La Stampa on Sunday. 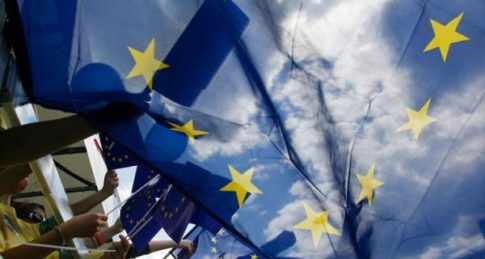 In the letter, four representatives of EU governments – Claude Bartolone of the French National Assembly, Laura Boldrini of the Italian Chamber of Deputies, Norbert Lammert of the German Bundestag, and Mars Di Bartolomeo of the Luxembourg Chamber of Deputies – say that closer cooperation is essential for dealing with problems that no one EU state can tackle on its own, such as immigration, terrorism, and climate change. As RT notes, the letter’s authors also warn that the European integration project is currently more at risk than ever before, with high unemployment and immigration problems driving populist and nationalist movements. The EU must also come to grips with the fact that, last June, the United Kingdom decided to leave the union after holding a national referendum, aka Brexit, becoming the first member nation to opt out of the bloc.

In less than a month, on March 17 next, we Presidents of the national parliaments of the EU we will meet in Rome, how will the representatives of governments, for the sixtieth anniversary of the Treaty from which it began: our Union.

But it is plain for all that recurrence requires much more than just a historical commemoration. Birthday comes the most critical stage ever crossed by the European project.

In such a situation we should not be paralyzed by fear, or by concerns related to the upcoming elections in some of our countries. We must act now, before it’s too late. And take the opportunity of the anniversary to return to the vision and the spirit of the Founding Fathers and relaunch the construction of Europe on foundations refurbished.

We are convinced that in the face of crisis, we need more Europe, although we have to face headwinds. We can not ignore the social impact that the disastrous economic and financial measures have had on tens of millions of families. We need to focus on growth and jobs that Europe can have no charm for young people if they do not offer them credible job prospects. We must have the courage to share sovereignty in many sectors in which the action of individual States is now totally ineffective and doomed to fail: from global warming to energy policies, from financial markets to the rules for immigration, tax evasion to the fight against terrorism.

Now is the moment to move towards closer political integration: Federal Union of States with large skills. We know that the prospect stirs up strong resistance, but the inaction of some can not be the paralysis of all. Those who believe in the European ideal is to be able to revive rather helplessly to its slow decline. And the United States who do not want to join immediately in that closer integration should be able to do it later.

On Sunday, a number of EU states, including Germany, France and Italy, called for the UK to pay a hefty price as a “divorce settlement.”

The letter was published in the run-up to a meeting of parliamentary leaders in Rome on March 17 to mark the 60th anniversary of the Treaty of Rome, which established the European Economic Community (EEC). The treaty’s signing by six countries– Belgium, France, Italy, Luxembourg, West Germany and the Netherlands – in 1957 eventually paved the way for the Maastricht Treaty and the European Union in 1991.

In September of 2015, Lammert, Bartolone, Boldrini and di Bartolomeo also signed a declaration calling for deeper and faster European integration. However, greater European integration is being increasingly challenged by a number of Eurosceptic parties around the continent, including the Alternative for Germany, the National Front in France, and the Party for Freedom in the Netherlands. Upcoming elections could bring these parties closer to power.

According to the European Parliament’s chief Brexit negotiator, Guy Verhofstadt, the European Union must reform, or it risks disappearing under a barrage of internal and external attacks.