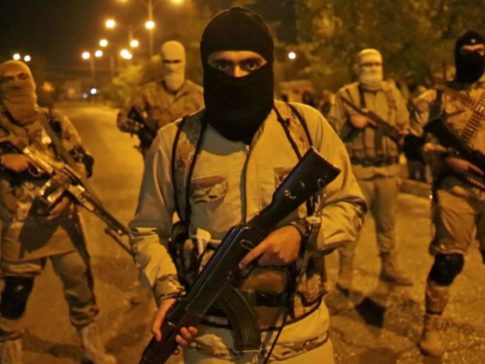 A programme to rehabilitate former Isis fighters and other extremists with housing, employment, education and financial support is being trialled in Sweden.

Local authorities in the city of Lund say the controversial measures aim to reintegrate returned jihadis into society and prevent them reverting to their former networks.

Anna Sjöstrand, the municipal coordinator against violent extremism, acknowledged the proposals were controversial but argued that the same approach should be taken to Isis defectors as to those leaving organised crime and neo-Nazi groups.

“When this subject came up we thought: ‘Oh god, how should we handle this’,” she told national broadcaster Sveriges Radio.

“Pretty quickly we realized that we should deal with this in the same way.

“If you have committed a criminal act should take responsibility for it, but there are many aspects – one could for example look at it in terms of cost.

“It is much cheaper to reintegrate a person into society than to abandon them, for example.”

Christoffer Carlsson, a criminologist, said he supported the plans after conducting a report on extremist defectors for the Swedish government.

He told Sveriges Radio people attempting to leave a group such as Isis need a way to break out of their networks and to avoid regression, adding: “You need resources, you need to reintegrate into the job market, you need a license, you need a roof over your head.

“I fail to see why you should treat people who leave violent extremism differently (to young criminals).”

A recent report found that the majority of European Isis fighters have a criminal background, with the group’s propaganda deliberately attempting to attract young men searching for redemption.

The approach pioneered in Lund is also reportedly being considered in the Swedish cities of Malmö, Borlänge and Örebro.

Around 140 Swedish foreign fighters are believed to have returned from Syria and Iraq, out of at least 300 who travelled to the region to join Islamist groups.

The country is believed to have one of the highest Isis fighters per capita in Europe, although it sits far behind France, the UK, Belgium and Germany in terms of numbers.

Methods of dealing with returning jihadis are a subject of fierce debate across Europe as the terrorist group continues to lose territory across Syria and Iraq, with fears of an influx of militants fleeing a major offensive in Iraq.

“The retaking of Isis’s northern Iraqi stronghold, Mosul, may lead to the return to Europe of violent Isis fighters,” said Julian King, Commissioner for the (European) Security Union.

Around one fifth of the group’s militants – 3,700 people – are residents or nationals of Western Europe, a King’s College London study estimated last year.

More than 800 jihadists are believed to have travelled from the UK to join other Isis and other Islamist groups in Syria and Iraq, with about half having returned.