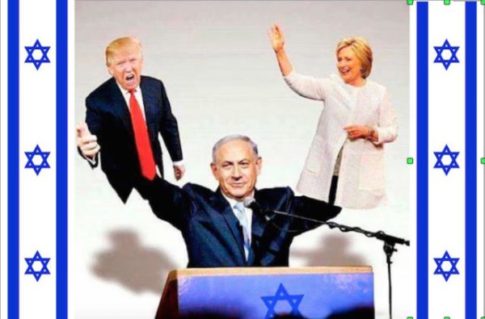 – Netanyahu: US, Israel have ‘grand mission’ to confront Iran threat:

Israel Prime Minister Benjamin Netanyahu told Fox News’ “Hannity” Thursday night that his country and the United States have a “grand mission” to confront the threat of a nuclear Iran.

Netanyahu, who met President Donald Trump at the White House Wednesday, told host Sean Hannity that Tehran’s aggressive rhetoric toward Israel is meant to mask their intentions against the U.S.

“They want to have [intercontinental ballistic missiles] that can reach your country. That’s what they’re working on right now. Remember, you’re the Great Satan [to them],” Netanyahu said. “They believe that they’re destined to govern the world. Anybody that doesn’t agree with them, they’ll be able to subjugate or kill, and they’re working on the means to achieve that.”