“Someone simply who received or purchased a [fraudulent] Social Security card down at McArthur Park, or elsewhere in my district would be eligible immediately for mass deportation,” De Léon said.

“He’s trying to deputize police officers — and with the suspicion of someone being a criminal or having a broken taillight, that they themselves, as a local police officer, could call the ICE agents immediately and have that person deported without even legal due process.”

Host Larry Mantle asked him: “… First of all, I just — I want to make sure I understand correctly: You don’t think purchasing a phony Social Security card and number should be a deportable offense?”

De Léon replied: “I don’t think so … the vast majority of immigrants — hard working immigrants — have done that.  I can tell you I have family members specifically who came here as undocumented immigrants, and they did the same thing. That’s what you need to do to survive in this economy.”

Mantle objected: “But of course the problem is, — and I know people too — who’ve had their Social Security numbers and identities stolen as a result of that….”

Meanwhile, Trump blasted California’s “Sanctuary State” bill last night during an interview with O’Reilly saying that he doesn’t “want to defund anybody” but failure to enforce federal laws would require defunding to be used as a “weapon.”

“If we have to we’ll defund. We give tremendous amounts of money to California. California in many ways is out of control. Obviously the voters agree. Otherwise they wouldn’t have voted for me,” the president added.

“So defunding is your weapon of choice —” O’Reilly followed up.

“Well, it’s a weapon. I don’t want to defund a state or a city,” Trump replied.

“But you’re willing to do it?” O’Reilly asked again.

“I don’t want to defund anybody. I want to give them the money they need to properly operate as a city or state. If they’re going to have sanctuary cities, we may have to do that. Certainly, that would be a weapon,” Trump said.

Fast forward to the 4:50 mark for the relevant exchange:

Can someone please explain at what exact point in American history it became perfectly acceptable for an elected official to admit publicly that “half” of his family has committed numerous federal crimes including multiple counts of identity theft and falsification of federal records? 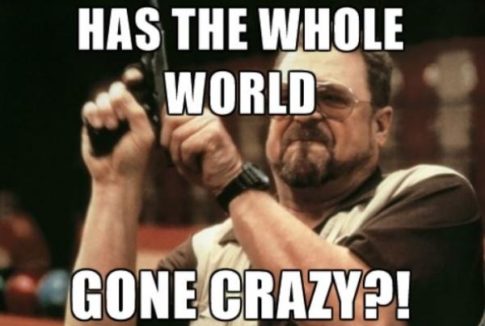 4 thoughts on “California Senate Leader Admits: “Half Of My Family” In Country Illegally With “False Social Security Cards””