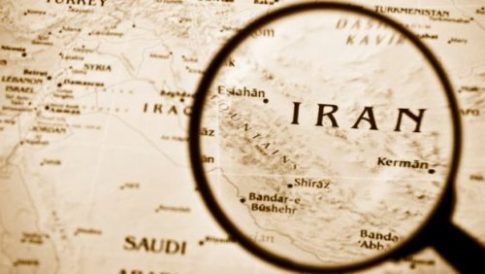 Those of us who were paying attention during the election and debates already know that Trump, who aimed to be the most pro-Israel presidential candidate in the history of America, has been beating the war drums against Iran since well before he won the election.

Iran is, of course, one of the last big dominoes that has to fall to get to Russia on the Risk world hegemony board.

But things are moving so quickly on that front, it’s hard to keep up these days.

It’s only been two weeks since Trump was inaugurated, and just yesterday the president and his staff already “put Iran on notice” (see here and here).

Wasting no time at all, today Trump has released fresh sanctions on Iran which have already been condemned by Russia as “counter productive”.

And it isn’t just Iran. Via Bloomberg:

In a statement Friday morning, the Treasury Department published a list of 13 individuals and 12 entities facing new restrictions for supporting the missile program, having links to terrorism or providing support for Iran’s hard-line Islamic Revolutionary Guard Corps. The entities include companies based in Tehran, United Arab Emirates, Lebanon and China.

Notice that China is also on the list. Pretty conspicuous considering Trump advisor Steve Bannon has come out to say that the US will be going to war with China in the next decade “no doubt,” in addition to another large war in the Middle East (Iran?)…

As analyst Tony Cartalucci meticulously lays out in his article, “US Betrays Iran Deal as Predicted – Edges Closer to War,” this is all coming out of the Brookings, “Which Path to Persia?” playbook nearly verbatim.

Brookings explicitly revealed how a “superb offer” would be given to Iran, only to be intentionally revoked in a manner portraying Iran as ungrateful:

…any military operation against Iran will likely be very unpopular around the world and require the proper international context—both to ensure the logistical support the operation would require and to minimize the blowback from it. The best way to minimize international opprobrium and maximize support (however, grudging or covert) is to strike only when there is a widespread conviction that the Iranians were given but then rejected a superb offer—one so good that only a regime determined to acquire nuclear weapons and acquire them for the wrong reasons would turn it down. Under those circumstances, the United States (or Israel) could portray its operations as taken in sorrow, not anger, and at least some in the international community would conclude that the Iranians “brought it on themselves” by refusing a very good deal.

The so-called “Iran deal,” introduced during the administration of US President Barack Obama, represents precisely this “superb offer,” with Flynn’s accusations serving as the “turn down” ahead of the “sorrowful” war and attempted regime change the US had always planned to target Tehran with.

In fact, Flynn would seemingly draw almost verbatim from the ploy described by Brookings in 2009…

Even the countries on Trump’s travel ban are directly out of this plot, as it’s been repeatedly pointed out Trump conspicuously left Saudi Arabia off the list.

Cartalucci is absolutely right when he says:

Flynn’s statement encapsulates a documented conspiracy drafted under President Bush, implemented under President Obama, and finally coming into full fruition under President Trump, once again illustrating the continuity of agenda that transcends party politics, presidencies, and political rhetoric – driven by immense corporate-financier special interests, not the will of the American public.

It’s also well established that Russia and China will step in to protect ally Iran if necessary. It’s no coincidence that Trump’s new UN advisor used her inaugural statement to condemn Russia.

BREAKING: US Amb. to UN Haley: “I must condemn the aggressive actions of Russia” in eastern Ukraine. pic.twitter.com/rj7YQURxNO

If you take a step back and really look at what’s happening here, it’s pretty clear.

While the system is distracting everyone with identity politics, looks like the machine that actually runs the American government is gearing up for another war.

1 thought on “One Step Closer to WW3: Trump Unleashes Fresh Sanctions on Iran”