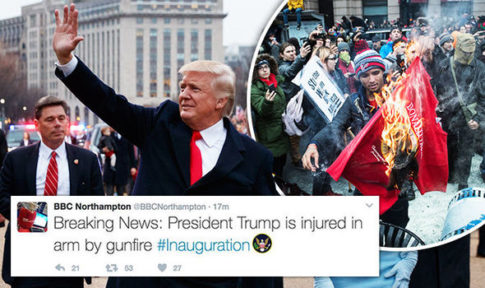 Fears the controversial US leader would be shot became a reality for the local radio station’s listeners, with social media users quickly picking up the apparent world exclusive, with many saying they were shocked by the news.

However others showed their disbelief having watched the historic swearing-in ceremony of the new US President in Washington DC on Friday afternoon.