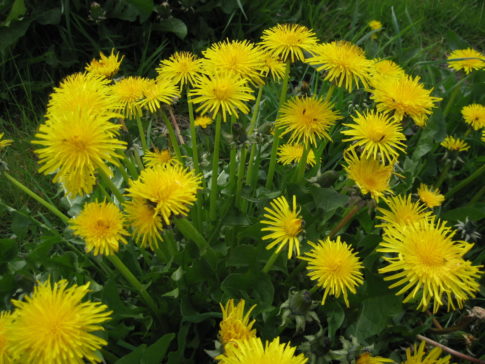 – Dandelion root, a cancer cell killer, has a long history as medicine:

The roots, leaves and flowers of the dandelion plant are a potent and healthy herbal medicine, although folks might think those yellow dots popping up in their landscape are just nuisance weeds. Not so, as reported by Reset.me, who emphasizes that the botanical name for dandelion – Taraxacum officinal – aptly describes its medicinal potential. Taraxacum translates into an “inflammation curative.” Officinal means that the lowly dandelion is revered as a bona fide, official medicinal plant. The use of the dandelion plant as a healing agent “predates written records,” but it is understood that the Greeks and the Chinese used dandelion compounds to aid in digestion, and as a liver tonic and diuretic. (RELATED: Learn more about natural remedies at Remedies.news)

Traditional herbalists, both in the East and the West, have utilized the properties of the dandelion for liver support and as a blood purifier. It is this blood purifying action that intrigued Canadian researchers at the University of Windsor to pursue whether dandelion roots could be effective for individuals suffering from end stage blood cancer. The team experimented by applying dandelion root extract into petri dishes on “blood drawn from a leukemia patient and lab rats.” They discovered that the “dandelion root extract was effective in inducing apoptosis, or cell suicide, in tumor cells, while leaving healthy cells alone.”

This remarkable outcome garnered approval to test their dandelion root protocol on thirty Canadian cancer patients. It is the first time in Canada that a natural extract has been approved for utilization in a clinical trial. The lead researcher is Dr. Siyaram Pandey, a biochemistry professor at Windsor, who discovered the power of dandelions from an oncologist whose own patients had had enough chemotherapy and chose to drink dandelion tea instead – and lived!  Dr. Pandey shares his unusual introduction to dandelions, a simple explanation of what cancer is, and some of his initial thoughts about the clinical trial in this Tedx  presentation:

Each body is unique and all cancer treatment decisions are personal and made only after sound deliberation. A combination of clean food, nutritional and immune building modalities – among many other alternative medicine treatments – may be required to ultimately win an individual’s battle against cancer. Yet it is generally agreed that chemotherapy is a shotgun blast of toxicity that kills cells indiscriminately and cripples the immune system. Your backyard dandelion’s roots specifically kill only the cancerous cells and enhances the immune system. Dandelions are not toxic, and they also offer a bevy of vitamins and minerals, including calcium, magnesium, potassium and Vitamin A, K, B6 and B12.

Herbalists who live in America are not allowed to treat cancer patients, says author and internationally traveled herbalist Demetria Clark, who has taught thousands through her Heart of Herbs Herbal School. Dandelion is used enthusiastically by Clark as a “supportive therapy” with whatever cancer protocol her client has chosen. If a client has chosen chemotherapy, Clark says that dandelion will “support the liver and help the body detoxify.”  She also says that dandelion leaves put into smoothies can help with mouth sores and nausea. The dandelion can boost one’s appetite and also “get the digestive juices flowing.”  Clark believes that the available empirical evidence clearly shows that the dandelion “can enhances the immune system and supports the liver and kidneys with no toxicity and a high amount of nutrition.”  She encourages children and pregnant women to use the benefits available from the simple, but profound, dandelion.

Have you ever wondered why are there so many dandelions? Perhaps nature is trying to give all of us a gentle yellow immune boost.

Stay up to date about more benefits of natural medicine at Medicine.news.