– Police accused of “stealing” blankets from illegal alien Muslim invaders squatting in the streets of Paris: 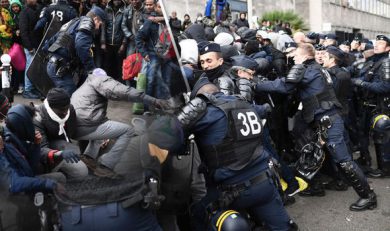 Police in Paris are allegedly threatening the lives of homeless Muslim illegals by stealing their blankets as temperatures drop to freezing. It is all part of a campaign of harassment aimed at getting unwanted Muslim invaders posing as refugees off the streets of the French capital. Police said they were under orders to keep the city free of squatters’ camps. 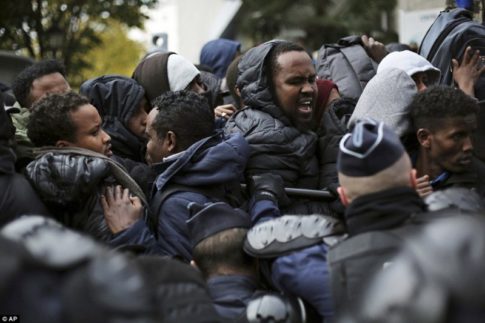 UK Daily Mail  Doctors Without Borders (Medecins Sans Frontières) said in a tweet: ‘The police should stop confiscating the covers of migrants sleeping on the streets of Paris. ‘These unacceptable practices put the life of migrants in danger. (Maybe that’s the idea?)

It comes as thousands of new Muslim invaders flood into the city from Afghanistan and Syria. Many are trying to get to Britain, where they want to claim asylum (because the welfare benefits in the UK are more generous). 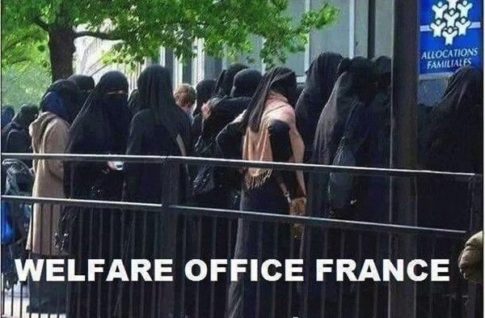 The vast ‘Jungle’ refugee camp in Calais – where up to 10,000 lived at one point – was torn to the ground in October, as the port town was turned into an immigrant free zone. Many headed towards Paris, where camps regularly appear in public parks and squares, many of them close to the Eurostar train hub.

Below is what a Muslim street camp looks like in Paris: 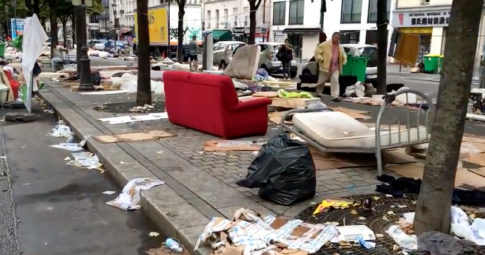 The crisis means that CRS riot police are continually ordered to destroy camps, and they use baton charges and tear gas to clear areas.  ‘A lot of the raids take place just before sunrise, when temperatures are at their lowest,’ said a local charity worker.  ‘The makeshift huts and tents being used are torn down, and the squatters are left to fend for themselves.

Somehow, I think the police in Paris already have their hands full in trying to maintain some semblance of order as Muslims regularly riot in the streets and vandalize everything in sight.