…. whereas German policewomen in Cologene do not need magazines to guard public areas …. 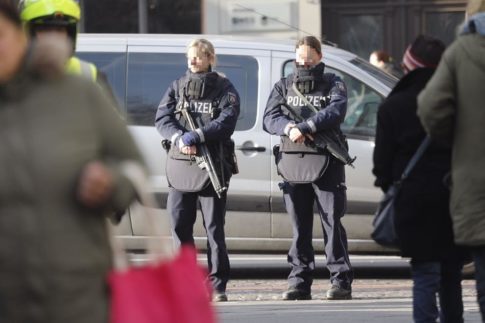 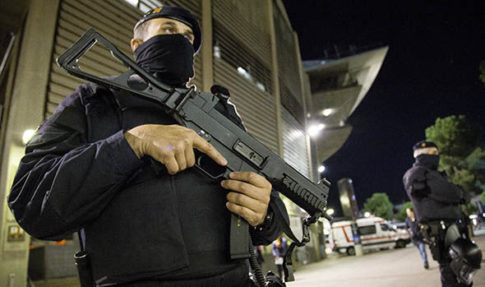 SNIPERS and armed police are patrolling public spaces in Spain amid increased fears of a Berlin-style terrorist attack.

Both the Cuervo Nacional de Policia – the national police – and the Civil Guard have launched a high profile, visible presence on the streets of the country, armed with sniper and assault rifles.They will also operate increased surveillance work in order to prevent a repeat of ISIS inspired attacks witnessed in Nice and Berlin.

It is hoped police armed with heavy fire power will be able to combat the threat posed by jihadis with high calibre weapons.

The civil police forces have also been given orders to “neutralise” any assailant, rather than shoot to kill.A police source told the Spanish newspaper El Mundo: “They have educated us, they have trained us in the belief that shooting is the last thing to do in a conflictive moment. To shoot, it has always been said, is a defence mechanism that can lead to problems of all kinds, because it can produce an error or, simply, because it always brings legal problems.”
After the Charlie Hebdo attack in Paris, security forces in Spain have been cautious of engaging in a shoot out in public places that could end up with either members of the public or a police officer being shot.However the same authorities have also been concerned that recent terrorist attacks have usually seen the assailants armed with powerful assault rifles, such as Kalashnikov’s, and now forces have replaced the standard 9mm Parabellum with either 5.56mm or 7.62mm weapons to patrol public squares and airports.
Since June 2015 the Iberian country has been on a heightened level 4 alert, meaning “maximum reinforcement”.Spain’s interior ministry has said that this will not be reduced over the Christmas period.