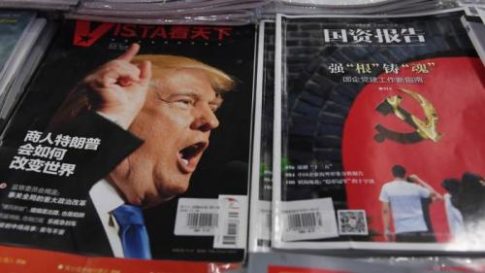 As the FT first reported yesetrday, in a dramatic development for Sino-US relations, Trump picked Peter Navarro, a Harvard-trained economist and one-time daytrader, to head the National Trade Council, an organization within the White House to oversee industrial policy and promote manufacturing. Navarro, a hardcore China hawk, is the author of books such as “Death by China” and “Crouching Tiger: What China’s Militarism Means for the World” has for years warned that the US is engaged in an economic war with China and should adopt a more aggressive stance, a message that the president-elect sold to voters across the US during his campaign.

In the aftermath of Navarro’s appointment, many were curious to see what China’s reaction would be, and according to the FT, Beijin’s response has been nothing short of “shocked.” To wit:

The appointment of Peter Navarro, a campaign adviser, to a formal White House post shocked Chinese officials and scholars who had hoped that Mr Trump would tone down his anti-Beijing rhetoric after assuming office.

“Chinese officials had hoped that, as a businessman, Trump would be open to negotiating deals,” said Zhu Ning, a finance professor at Tsinghua University in Beijing. “But they have been surprised by his decision to appoint such a hawk to a key post.”

Shortly after the announcement of Navarro’s appointment, the US Office of the Trade Representative yesterday put added more fuel to trade tensions with Chine when it put Alibaba, China’s biggest e-commerce platform, back on its “notorious markets” blacklist of companies accused of being involved in peddling fake goods.

Cui Fan at the China Society of WTO Studies, a think-tank affiliated with China’s commerce ministry, warned that Beijing would respond to any unilateral action by the incoming Trump administration. “China is preparing itself for US trade actions,” he said. “China will respond with counteractions of its own.”

China has found itself on the receiving end of diplomatic chaos for much of the past three weeks, starting with Trump accepting a congratulatory phone call from Taiwan president Tsai Ing-wen in early December, which defied almost four decades of precedent. It only escalated from there, and culminated with the confiscation of a US marine drone last week, which however, China promptly returned to the US earlier this week.

Trump’s recent rhetoric has given China cause for concern: since the call with Ms Tsai, he has publicly criticized China’s currency policies and island fortifications in the South China Sea. He has questioned Washington’s commitment to the One China policy, and also angered Beijing when he suggested that the confiscated navy drone was “stolen” by a Chinese ship.

Wang told the People’s Daily: “We will lead the way amid a shake-up in global governance and take hold of the situation amid international chaos. We will protect our interests amid intense and complex games.”

Meanwhile, He Weiwen, deputy director of the Center for China and Globalisation, told the FT that Beijing could retaliate against US exports and restrict market access for US companies.

In short, China is angry, and may get its wish to retaliate soon, because as CNN reports (take it with a “real fake news” grain of salt) Trump’s transition team is discussing a proposal to impose tariffs as high as 10% on imports. A senior Trump transition official said Thursday the team is mulling up to a 10% tariff aimed at spurring US manufacturing, which could be implemented via executive action or as part of a sweeping tax reform package they would push through Congress.

According to CNN, Reince Priebus floated a 5% tariff on imports in meetings with key Washington players last week. But the senior transition official who spoke to CNN Thursday on the condition of anonymity said the higher figure is now in play.

Such a move would, if confirmed, would likely send the US hurtling into a trade war with other countries, especially China which is already “shocked” by recent Trump action, while sending the cost of consumer goods in the US even higher. “And it’s causing alarm among business interests and the pro-trade Republican establishment.”

The senior transition official quoted by CNN also said the transition team is beginning to find “common ground” with House Speaker Paul Ryan and Ways and Means Committee Chairman Kevin Brady, pointing in particular to the border adjustment tax measure included in House Republicans’ “Better Way” tax reform proposal, which would disincentivize imports through tax policy. The border tax, as explained here two days ago, would also lead to trade wars with key trading partners as it is the functional equivalent of a USD devaluation and is represents yet another tax on foreign exports.

Curbing free trade was a central element of Trump’s campaign. He promised to rip up the North American Free Trade Agreement with Mexico and Canada. He also vowed to take a tougher line against other international trading partners, almost always speaking harshly of China but often including traditional US allies such as Japan in his complaint that American workers get the short end of the stick under current trade practices.

And now, if CNN is correct, Trump may be about to follow through with it. The question on everyone’s lips, then, is with China having repeatedly warned it will retaliate if and when the US launched the first salvo in what will clearly be an escalating trade war, just how will China escalate.  One potential way is through its holdings of $1.1 trillion in US Treasuries and various other US assets. 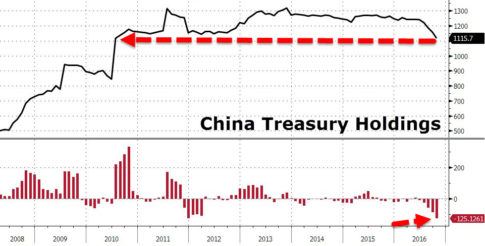 As we reported earlier today, a SAFE official told reporters at a briefing that while China will make “tactical adjustments” on its US debt holdings, Beijing’s long-term investment view on US debt has not changed, and that U.S. Treasuries are China’s long-term strategic investment targets. That, too, may also change quickly. 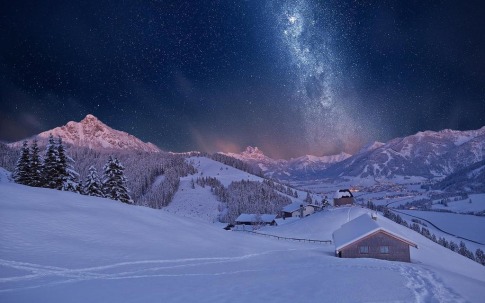